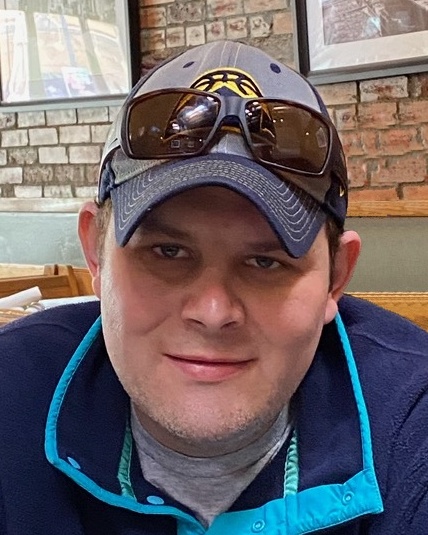 A private graveside service for Sam Chozen, age 32,  of Denver, Colorado formally of Okoboji, Iowa, will be held on Saturday, September 26, 2020 at Lakeview Gardens Cemetery in Spirit Lake.  There will be a come and go Memorial Luncheon following the graveside service from 12:00-2:00 PM at Nature Tails Clubhouse in Milford, Iowa.

Sam Michael Chozen was born on January 10, 1988 in Spencer, Iowa.  Our beloved son, brother, and uncle passed away on July 16, 2020 after battling cancer for over a year.  Sam was only 32 years old, brilliant, handsome, and most importantly, he had a heart of gold.  Family and friends are truly heart-broken to lose a fine young man much too early.  Sam was a true warrior in his battle, fighting each step of the way with dignity and resolve to beat it.  He was loved and supported by family and friends throughout his journey.  Sam touched the lives of those lucky enough to know him.  He maintained many strong and long-term friendships.  He is especially adored by his three nieces and nephews who love their Uncle Sam.

Sam grew up in Okoboji, Iowa and graduated from Okoboji High School in 2007.  Sam attended the University of Iowa in Iowa City, graduating in 2011 with a bachelor’s degree in business administration and finance.  While at University of Iowa, Sam became a huge and lasting fan of Iowa football, go Hawks!  Summers were spent back at Lake Okoboji working at Emerald Hills Golf Course, golfing, and enjoying many boat rides with friends and family.  In addition to golfing and lake life, Sam’s other love was skiing.  After college graduation, Sam spent a season working the ski lifts on Vail Mountain.  Sam went on to earn an accounting accreditation from Buena Vista University.  He began his professional career in internal audit at Metabank in Sioux Falls, South Dakota.  Sam later moved out to Denver, Colorado, taking a position at 1st Bank, where he advanced into the position of Senior Internal Auditor.  Sam enjoyed every opportunity to ski while in Colorado.  He loved restaurants, good food, and definitely knew his way around a menu!

Sam was preceded in death by grandparents Don and Evelyn Trumble and Sylvan and Ann Chozen.

Sam is survived by his parents Michael and Donna Chozen of Milford, Iowa; brother Ben Chozen of West Fargo, North Dakota; sister Meghan (Jon) Konold, nieces Anna and Claire, and nephew Jackson of Willmar, Minnesota; as well as many aunts and uncles.

Sam’s legacy is the love and positivity he imparted on so many.  He is forever in our hearts.

Sam was proud of a recent tradition at his alma mater, the “Iowa Wave.”  After the first quarter of Iowa football games, fans, coaches, players, and officials face the University of Iowa Stead Family Children’s Hospital and wave to pediatric patients and their families watching the game from the press box on level 12.  Memorials can be made to University of Iowa Stead Family Children’s Hospital.