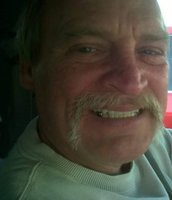 A funeral service for Doug Koch, age 64, of Milford, will be held Saturday, August 8, 2020 at 11:00AM at the outdoor worship area of First Lutheran Church in West Okoboji. Visitation will be on Friday, August 7 after 2:00pm with the family present from 5:00-7:00pm at Turner Jenness Funeral Home in Milford. There will also be a time of visitation from 9:00-10:30AM on Saturday at Turner Jenness Funeral Home prior to the service at the church.

In lieu of flowers the family has established a Memorial Fund for Doug.

Douglas Einar Koch, the son of Marjorie (Gilbraith) and John Koch, was born September 6, 1955 in Windom, Minnesota. After graduation from high school, Doug was married to Linda VanGerPen from 1974 to 1992.

On April 11, 1992, Doug was married to Sharon Winter in Milford, Iowa. Doug worked for Syndergaard Excavating for many years, later worked for Peterson Construction and was currently working at Milford Motors.