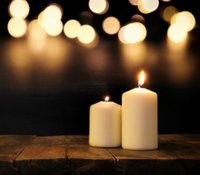 John Carroll Elder passed away peacefully on November 19, 2022 after experiencing a series of strokes. He is survived by his son Jay Elder, brothers James Elder and Robert Elder, nieces Debra Elder and Tara Shively, nephews David Elder, Michael Elder, Samuel Elder, Scot Elder, and Stephen Elder, and many (Great-) Grand-nieces and nephews. He was preceded in death by his parents Walter and Johanna Tolk Elder, his wife Jean McClintic Elder, and his sisters Mary Elder and Laura Pogue.

John fulfilled his dream of working on the nuclear propulsion system of the civilian surface ship NS Savannah. In 1960 he arrived at the shipyard in Camden NJ and was aboard ship until 1964 when he returned to New Mexico “having had what I thought was a remarkable experience aboard the greatest ship afloat”.

In 1964 John joined Los Alamos National Laboratory and retired in 1993. From 1993 until 2002 John worked as a consultant with Science Applications.