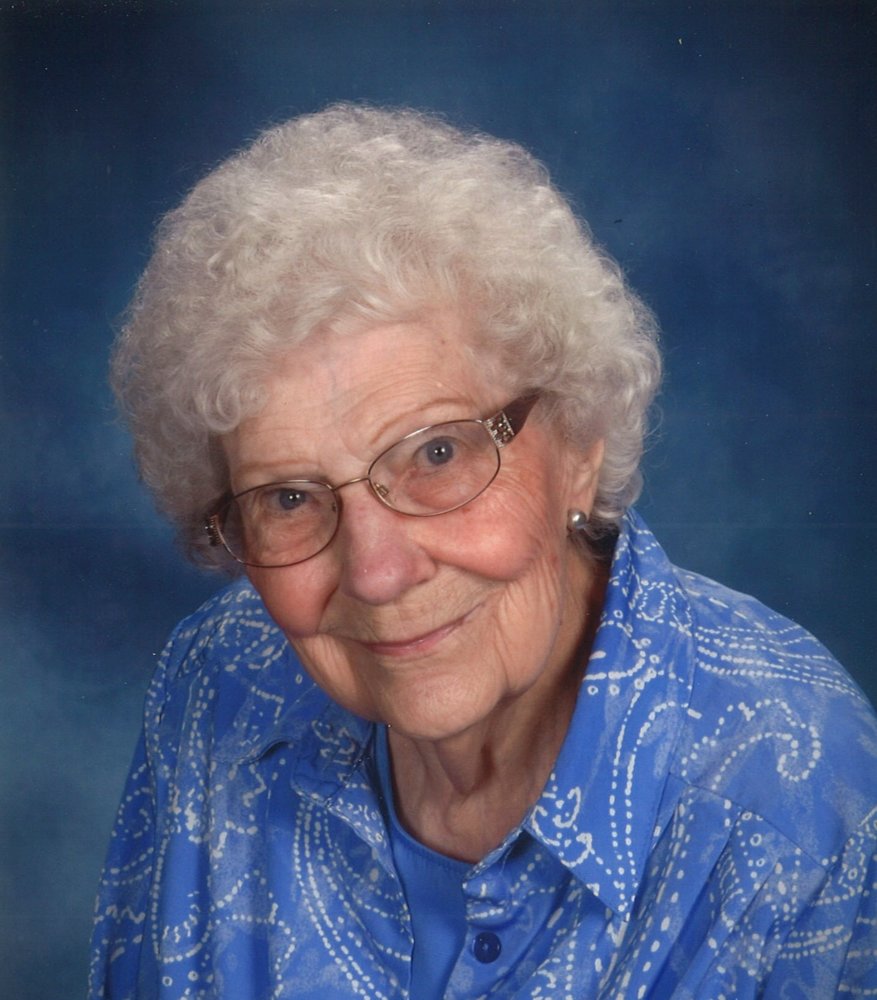 Funeral services for Betty Kaiser, 94, of Milford will be held at 11 am, Friday, August 9, 2019, at Hope Reformed Church in Spencer.  Interment will be at First Reformed Cemetery in rural Everly, Iowa.  Visition will begin after 5 pm, Thursday, August 8, 2019, with the family present from 5-7 pm at Turner Jenness Funeral Home in Milford

Betty Kaiser was born August 15, 1924, the daughter of John and Nora (Phipps) Miller in rural Hartley, Iowa.  She was raised and educated in Hartley, graduating from Hartley High School in 1941.

Betty was united in marriage to Ray Kaiser on December 29, 1946 in Melvin, Iowa.  The couple made their home on an acreage near Milford, where they raised their children and engaged in farming.  Later years, they moved by Lake Okoboji.

Betty enjoyed going the extra mile in everything she did. If she was planning a church event (which she often did), she had every detail organized and every table decorated perfectly. If she was needed to feed hungry field workers, she provided a full meal complete with all the fixings including veggies and dessert, transported to the field locations. To brighten the day for people she would write frequent letters to shut-ins; birthday, valentine and Halloween cards to grand, great-grand and great-great grandkids and make tie blankets for anyone that needed a special gift. She truly had a servants heart. Always willing and eager to put her projects on hold if someone else needed her.

Betty’s expertise in the kitchen was well known.  Fried chicken, apple pie, twice-baked potatoes, homemade buns!  The list is endless. And there was always brewed iced tea in the fridge for anyone that might stop by.

To say she was an avid sports fan is an understatement. Basketball, football and hockey too. She especially loved the Hawkeyes and Cyclones. During the Final Four you could be assured she was in front of a TV and could give you a recap of all the games.

And last, but certainly not least, Betty dearly loved spending time with her family.

Betty passed away Monday, August 5, 2019, at Spencer Hospital at ninety-four years of age.

She was preceded in death by her parents, husband, Ray, four sisters and five brothers.