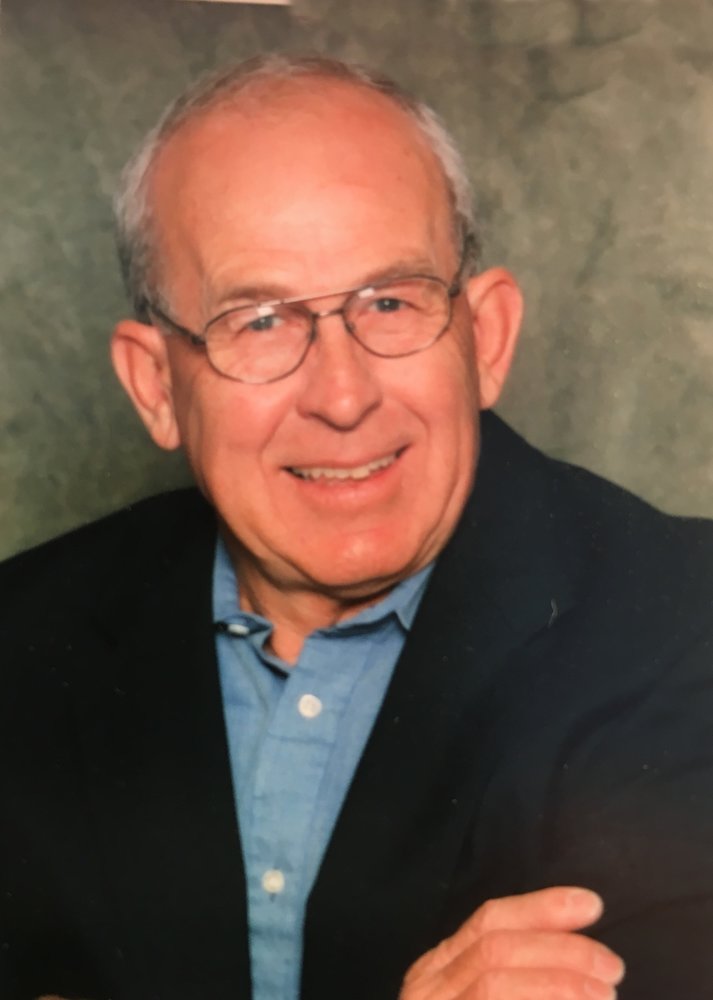 Larry Lewis Jackson, the son of Benton and Vera (Weathers) Jackson, was born November 19, 1939 in Oto, Iowa.  Larry grew up in Oto, helping on the family farm and was active in 4H, raising a Grand Champion Hereferd.  Later, Larry resided in South Sioux City, Nebraska and Sioux City, Iowa before eventually moving to Spirit Lake.

Larry married Anne Girard- Bradham at Gull Point State Park in Spirit Lake.  He worked as a salesman for most of his life, primarily for Chesterman Co./CocaCola of Sioux City and later as an independent salesman for Maintenance Engineering of Fargo, North Dakota.

Larry was a member of Good News Community Church in Okoboji, Iowa, where he served as a Deacon twice.

Larry ate ice cream every night and would never miss a Wednesday morning coffee with friends.  He enjoyed classic cars and red tractors (Farmall).  Family was very important to Larry.  Some of his best moments were playing with his grandchildren, celebrating family Christmas’ and Fall trips with Anne and friends.  Most of all, Larry loved to talk about Jesus.  He would talk to whoever would listen and lived his life as an example to others.  Larry never knew a stranger.

Larry was preceded in death by his parents, Benton and Vera Jackson; grandchild, Benton and brother, Gary Jackson.