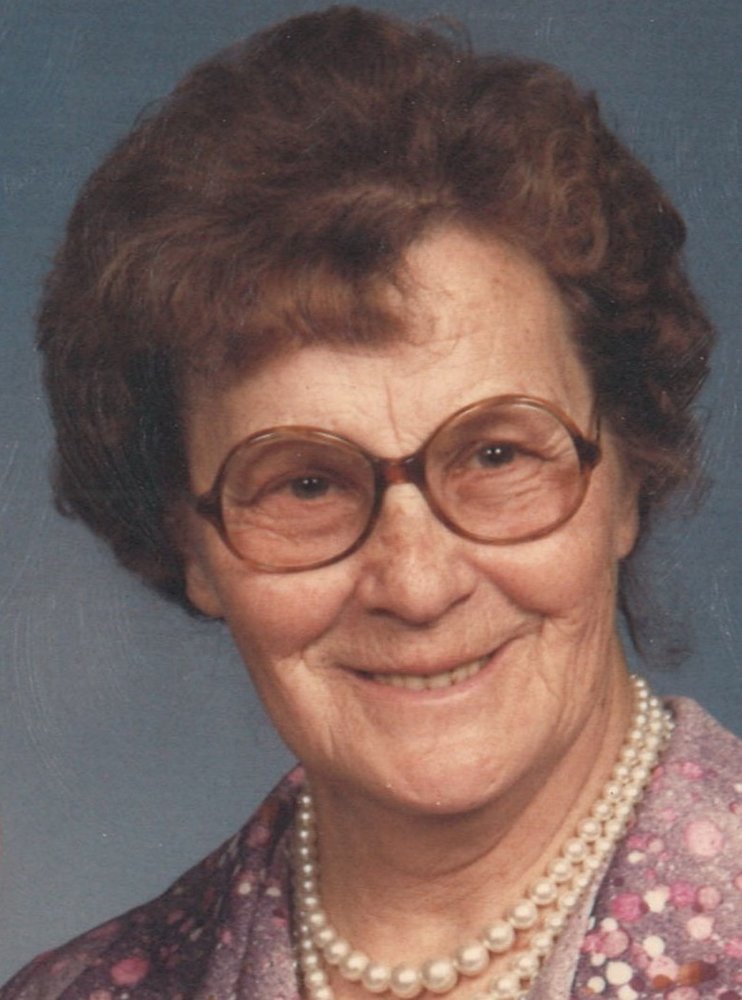 A funeral service for Viola Roberts, 100, of Spencer, formerly of Okoboji, will be held 2 pm, Wednesday, August 28, 2019, at Turner Jenness Funeral Home in Milford.  Visitation will begin one hour prior to service time at the funeral home.  Interment will be at Lone Tree Cemetery in Every.

Viola Virginia Roberts, daughter of Harry & Mary Strohman, was born on March 4, 1919, in Spencer, Iowa. Vi spent her childhood years in the Ayrshire area where she  received her education in a country school.

On November 3, 1936 she married Dale (Shorty) Roberts.  The couple made their home in Spencer, Iowa, where she was a homemaker and raised their family.

Vi cleaned the Professional Building in Spencer, Iowa  for years. When Shorty retired from the Pack they moved to the Crescent Beach Resort, where Vi was head cook and Shorty was outside caretaker

Upon retirement, Shorty and Viola moved to a lake home on East Lake Okoboji. Vi loved fishing, baking bread, and of course her famous cinnamon rolls. No one ever left their home hungry or without something to take home from Vi’s kitchen. She enjoyed being with family and was known as the cookie Grandma because she always had them on hand for the grand kids.

Vi and Shorty moved back to Spencer where she lived until moving to Longhouse- Northshire in 2008. Vi was a member of The First Baptist Church in Spencer, Iowa.

Vi passed away August 24, 2019 at Longhouse-Northshire at one hundred years of age.