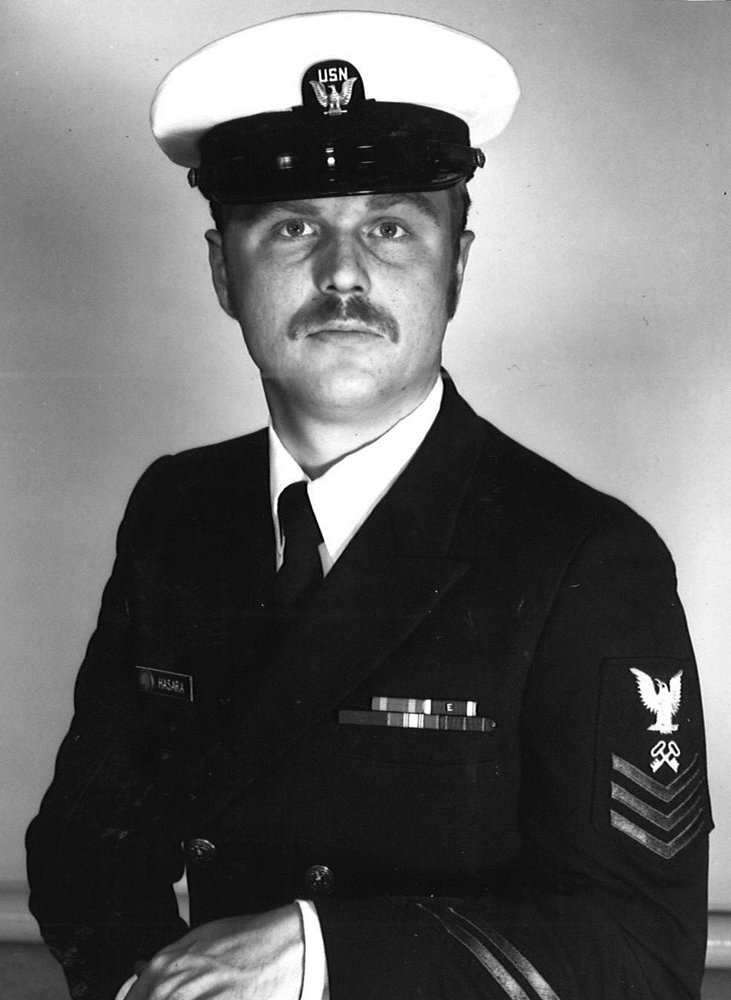 A funeral service for Mark Hasara, age 67, of Estherville, will be held Thursday, September 19th at 10:30AM at First Presbyterian Church in Lake Park.  Burial will be at Silver Lake Cemetery.  Visitation will be on Wednesday, September 18th from 5:00-7:00PM at Turner Jenness Funeral Home in Spirit Lake.

Mark was enlisted into the United States Navy where he served as Senior Chief until he was honorably discharged in 1990. He was a lifetime member of the VFW and a member of the American Legion. Mark was very patriotic and was proud to have served his country.

He was God Fearing, loved all children, no matter their age and was not afraid to give you a hug and kiss no matter where you were. He enjoyed lawn and gardening, hunting, fishing, wood working and antiques. He also was an avid Twins and Vikings fan.

Mark passed away September 15, 2019 at his home in Estherville, Iowa at sixty-seven years of age.