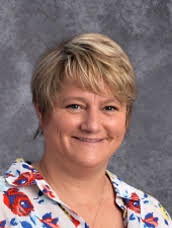 A memorial gathering for Britt Blanchard Parriott, age 51, of Spirit Lake, will be held Friday, December 6, 2019 from 4:00-7:00pm at Turner Jenness Funeral Home in Spirit Lake.  In lieu of flowers memorials can be given to Discovery House or the Dickinson County Humane Society.

Britt Blanchard Parriott, the daughter of Mike Blanchard and Connie Robinson, was born on June 14, 1968 in Merced, California.  After graduating from high school in Hilsboro, Oregon in 1986, she received her Master’s in Education from Oregon State University.

Britt married Jon Kukula in 1991. They had two sons, Ryan and Ross and made their home in Grants Pass, Oregon. After Jon and Britt divorced, Britt moved to Las Vegas in 1999 where she met and married Chris Parriott in 2001.  They moved to Spirit Lake, Iowa in 2002 and had two children, Emma and Elsie. Britt was the Food and Consumer Science teacher at Spirit Lake Community School.

Britt often volunteered at People for Pets and the Dickinson County Humane Society.  She was an avid cook and loved to sew, a cheerleading coach and loved to help her students.  She also enjoyed playing golf, reading, doing arts and crafts and would watch sci-fi shows and movies.

Britt passed away Sunday, November 24, 2019 in San Diego, California at the age of fifty-one.