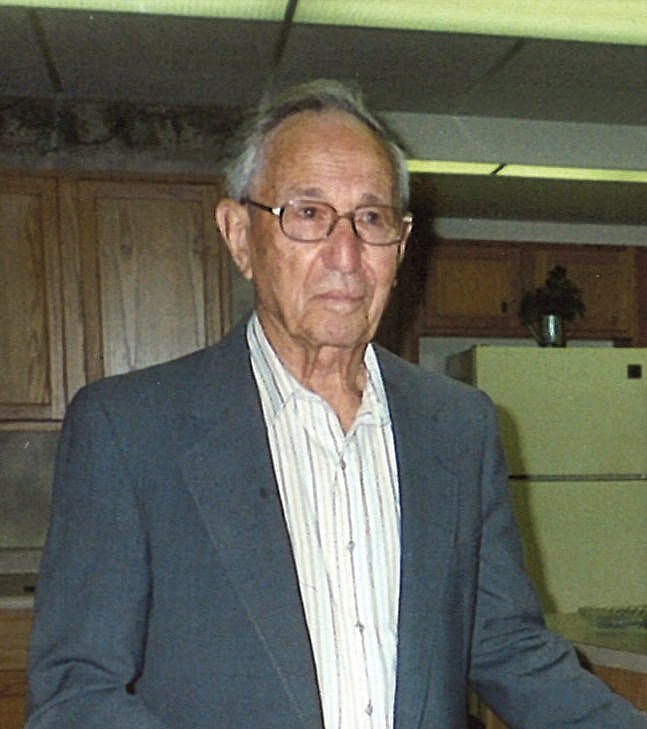 A funeral service for Otto Hintz, age 93, of Milford, will be held Friday, December 13, 2019 at 10:30AM at Faith Pentecostal Church in Spencer.  Burial will be at a later date at Fairview Cemetery in Langdon.  Visitation will be on Thursday, December 12 from 5:00-7:00PM at Turner Jenness Funeral Home in Milford.

Otto William Hintz, was born August 2, 1926 in rural Spencer to Henry Hintz Sr and Martha (Schmid) Hintz. He passed away on Sunday, December 8th at Accura Healthcare in Milford.

Otto lived most of his life in Northwest Iowa graduating from Spencer High School in 1944.

After serving his country in Korea he returned to the Spencer area and married Hazel Mae Tuttle on November 21, 1952 at the Little Brown Church in Nashua, Iowa.

They made their home in Spencer, Dickens, Sheldon and Milford.

Otto worked in wholesale plumbing and heating for 42 years prior to retiring in 1991.

Otto enjoyed everything pertaining to the outdoors. Hunting, fishing, trees, plants of any kind, wildlife. After retiring he raised bees as a hobby. He was very devoted to Hazel especially during her years spent at Accura Healthcare. Hazel passed away on February 14, 2017. As a couple they enjoyed dancing, playing cards with friends and spending time with family.

He was preceded in death by his parents; wife, Hazel; brothers Robert, Carl, Henry, and Paul and sister Elsie.