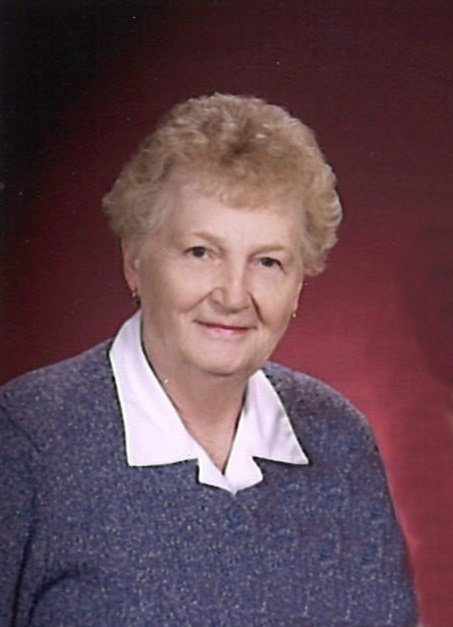 A Public Celebration of Life Graveside Service for Betty Lou Baish, age 88, of Milford and formerly of Lake Park will be held on Monday, June 29, 2020 at 11:00AM at Harrison Township Cemetery in May City, Iowa. A visitation will be held on Sunday, June 28th from 2:00-4:00 at Turner Jenness Funeral Home in Milford with no family present during the visitation time.

Betty Lou Baish was born July 1, 1931, to William and Alice (Berends) Vetter on the Vetter family farm near Lake Park that was settled by her grandfather, George Vetter, in 1888.

Betty attended her first years of school at the Westport #9 Country School and later, the  Excelsior High School graduating in 1950. After her schooling, she worked for a brief time at a bank in Spirit Lake, helped her dad measure ground, and then went on to work seven years in the Auditor’s office at the Dickinson County Courthouse.

Betty Lou loved to go roller-skating with friends at the Majestic Roller Rink in Arnolds Park. Her beautiful auburn hair caught the eye of a young man, Earl Baish, who also liked to roller skate.

The two were joined in marriage on April 8th, 1956 at St. John’s Lutheran Church in May City, Iowa. In this church, they became lifelong active members.

The couple began their farming life together around the Hartley/May City area.  After the sudden and unexpected death of her father, William,  from a farm accident, they moved back to the Vetter family homestead to assume responsibility for the family farming operation. This is where they settled until the fall of 2018 when they moved into Heritage Landings.

Five years after marriage, Betty Lou and Earl welcomed their first child, Ricky. Mary joined the family five years later. Betty Lou made the home and her children her full time job and followed them both in their many school activities. Later, this was continued as she followed the activities of all of her grandchildren.

Betty Lou had a true passion and love for all of nature and God’s creatures and creations including her infinite supply of cats, chickens, ducks and geese. These she loved and tended daily on the farm she also cherished. For many years, she served diligently on the Dickinson County Conservation Board and was proud to have been the first female in the State of Iowa to hold a position on a county conservation board. Besides nature, her second passion in life was for history. She also served on the Dickinson County Historical Society. Many of her family treasures can be found housed in the Dickinson County Museum preserving the history of her family and our county. Betty Lou was always proud to show visitors the wagon wheel tracks that remain scored into the front house yard on the farm to this day. Because of them, she lovingly referred to the homestead as the Prairie Trail Farm.

Betty Lou peacefully passed away Thursday, June 25th, 2020 at Acura Healthcare in Spirit Lake at 88 years of age. She was preceded in death by her parents, her brother Marlin Vetter and his wife, Ruth, as well as many brothers and sisters in law, aunts, uncles and cousins.

Left to cherish her memory are her beloved husband of 64 years, Earl. Her son, Ricky (Kerrie) Baish and his children Holly (Mike) Beckmann and great-grandson, Elias, and Wesley (partner- Michelle). Her daughter Mary (Jay) Weaver and her children Spenser (Sara) Taylor and great-grandchildren Cal and Ada, Tanner Taylor (partner- Kirsten), and Abby  (Luke ) Forsling as well as many nieces, nephews, relatives and friends.