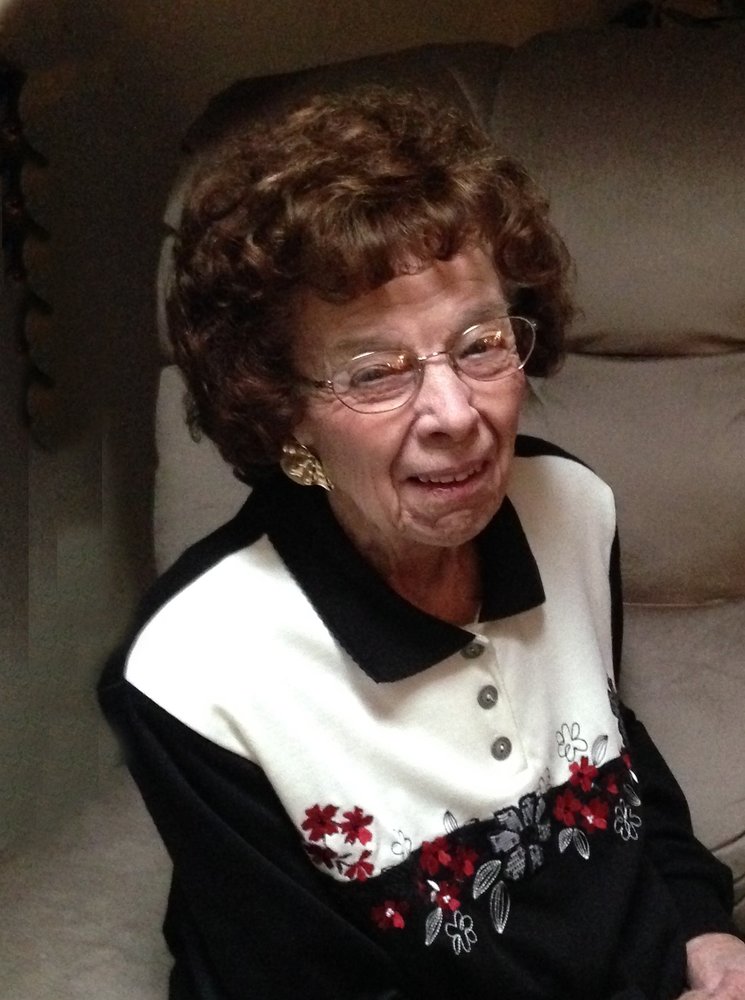 A memorial service for Evelyn Rehborg, age 94, of Spirit Lake, will be held Saturday, August 8, 2020 at 10:30AM at St. Peter Lutheran Church in Ocheyedan, Iowa. Burial will be at Ocheyedan Township Cemetery in Ocheyedan. Visitation will be on Friday, August 7th after 2:00pm with the family present from 5:00-7:00PM at Turner Jenness Funeral Home in Lake Park.

Evelyn lived on the Rehborg family farm while working for Campbell Soup in Worthington, Minnesota. On November 1, 1946, she was married to Adelbert Rehborg and had one daughter, Ardyce. They farmed and owned and operated the R and L Station in Ocheyedan, Iowa for twenty-five years. Evelyn also worked at Sathers in Round Lake, Minnesota for ten years before she retired to Ocheyedan, Iowa.