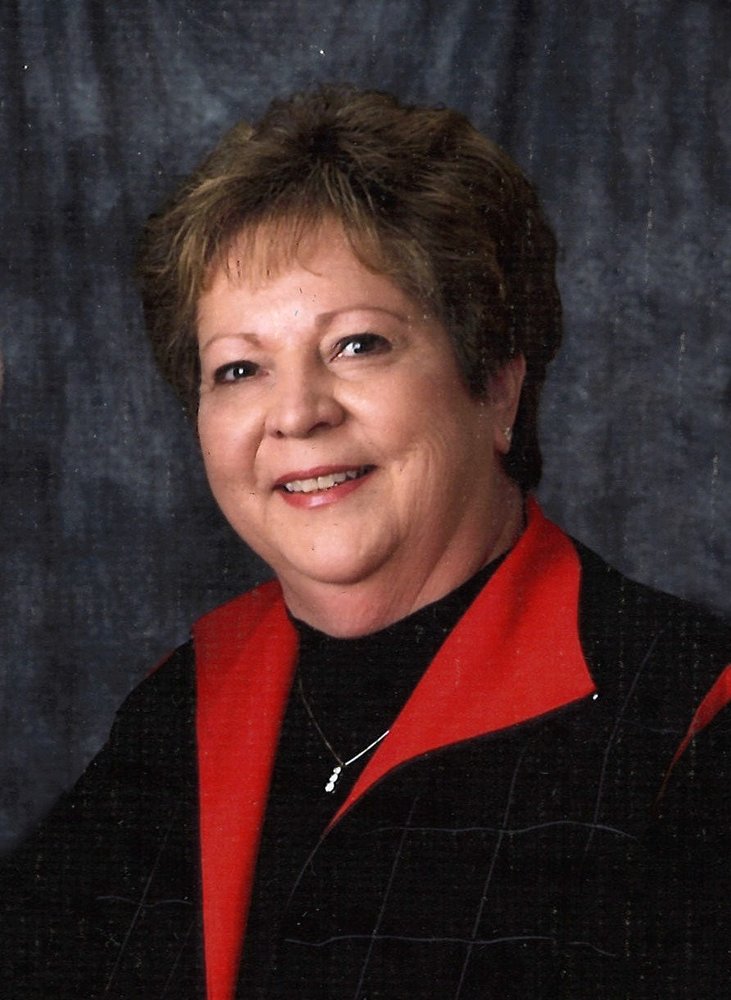 A graveside service for Laureen Beck, age 70, of Spirit Lake, will be held Saturday, August 15, 2020 at 4:00pm at Lakeview Gardens Cemetery in Okoboji. In lieu of flowers, a memorial fund has been established.

Laureen Love Beck, 70, of Spirit Lake was born on September 28, 1949 in Estherville, Iowa to Everett and Ivah Anderson. Laureen was raised near Dolliver and graduated from nearby Lincoln Central High School, Gruver, in 1968. She married Kennieth “Kenny” Beck on August 24, 1968. They had two children, Chris and Brad.

Although Laureen’s middle name was chosen because it was a family name, she lived as if it was a personality trait she had to live up to. Love was inherent in all Laureen did. In 1973, Kenny and Laureen started Beck Excavating where Laureen worked as a bookkeeper. To keep up the spirits of the road crew, she would travel out to the jobsite and bring hot meals. This was a role she had prepared for growing up on the farm, working side by side with her mother cooking three meals a day for her dad and brothers. All this cooking and baking turned into a hobby that grew over the years. Laureen would read cookbooks in her spare time and was known for legendary dishes like her cheesy potatoes, chicken casserole, chocolate chip cookies, chocolate marshmallow cake and chocolate revel bars just to name a few. She loved to feed family and friends and always was quick to offer up a dish for whatever party or potluck needed one.

From 1975 on, Laureen poured a lot of that love into mothering her young sons. The pride she took in raising them was evident in the way she beamed when she looked at them. The love she had for Kenny, Chris and Brad filled her with joy. When Chris and Brad married their wives, Laureen treated them like they were her own daughters. With the addition of five grandchildren, her family was complete, and her heart was full. Laureen loved to cheer on her kids and grandkids at their activities throughout the years like sporting events, music concerts and dance recitals. She also shared her passion in the kitchen by cooking and baking with her kids and grandkids.

Laureen’s servant heart benefitted the lives of others in the community as well. She spent years volunteering in the Estherville School system, even being awarded the Iowa Governor’s Award by Terry Branstad in 1988.

Kenny and Laureen enjoyed summers at the lake for years and eventually moved to Big Spirit full time. Another favorite of hers was wintering in Marco Island, Florida, with close friends.

Laureen passed away peacefully in her home on August 11, 2020.

Left to cherish her memory are son Chris and his wife Laura of Spirit Lake; son Brad and his wife Teresa of Spirit Lake; grandchildren Parker and Evan; and Ella, McKenna and Olivia; Survivors also include her brother Dennis (Lois) Anderson, brother Jim (Colleen) Anderson and her sister-in-law Kathy (Dan) Carlson. She is preceded in death by her husband Kenny, her daughter Jacqueline, her father Everett Anderson and her mother Ivah Anderson.