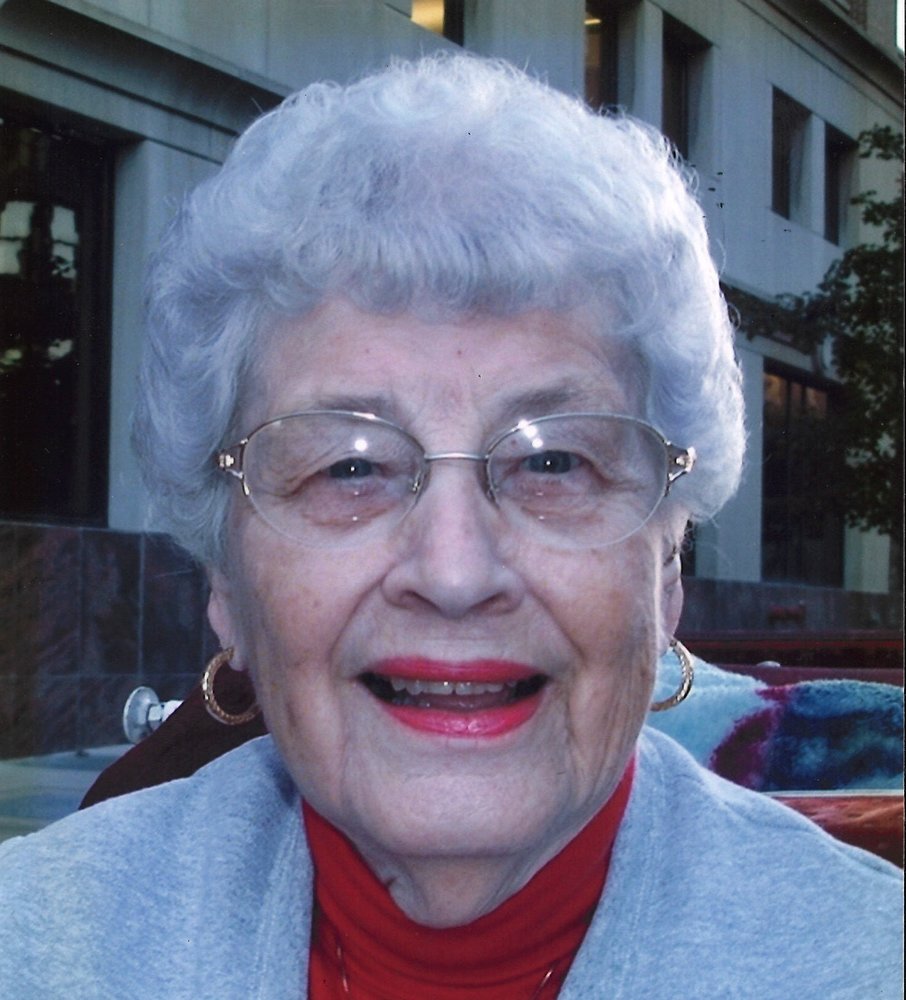 A funeral service for Marilyn Lippon, age 93, of Spirit Lake, will be held Saturday, September 12, 2020 at 2:00PM at First Presbyterian Church in Spirit Lake. Visitation will begin one hour prior to the service at the church. It has been requested that all attending the visitation or funeral service to please wear a face covering.

Memorial contributions can be given to the Children's Library at the Spirit Lake Public Library.

On May 7, 1946, Marilyn was married to Frank Lippon in Sioux City, Iowa. The family moved to Spirit Lake in 1955 and in 1972, moved to Arnolds Park. Marilyn was a loving wife to Frank and devoted mother to her two sons, Dennis and Larry. She later worked as a nurse aide and dental assistant and was a very active volunteer in the community.

Marilyn was a long time member of the First Presbyterian Church where she was involved in many areas of the church, including youth clubs, ladies groups and also served as a Deacon.

Marilyn passed away September 5, 2020 at Lakes Regional Healthcare in Spirit Lake at ninety-three years of age.

Mom was an organized, thorough person with a mind of her own. If you doubt that you did not try to sit in "her" pew at her beloved Presbyterian Church where she was a member for sixty-five years. On one trip to Larry's home in Arizona she forgot a very large pair of scissors in her purse. When she got to security she informed them that those had belonged to her mother and she would not give them up. Those tough security people lost that debate. She took them with her!

Mom's early years revolved around Dad and the two of us. She never missed anything we were involved in. She was an enthusiastic fan at our sporting events. Many times she came home with bruises on her shins from jumping up and down, cheering in the bleachers.

Mom could cook! Nobody does a Thanksgiving turkey, a beef pot roast with carrots, onions and potatoes or brownies with nuts like she did.

Mom was a wife and mother first. Later, in our home she did child care and made fishing tackle for Berkley Bedell when he first started what is now Pure Fishing. She later worked as a nurse aide at the hospital and as a dental assistant.

Mom "adopted" two wonderful daughters, Dori and Cindy. She loved them as she loved us.

Mom had special relationships with her grandchildren. She loved to spend time with them. She cooked special for Matt, the finicky eater. She even peeled grapes for him! Amanda could get anything from her including a rather expensive pink dress around age 4. She dressed her in it and paraded her in front of Dad. Dad never asked what it cost. Lucy was an accomplished equestrienne at a young age. Mom absolutely loved to watch her ride at competitions.

Mom carried 3x5 pictures of her great-granddaughters, Ava, Elle and Eden with Amber and Matt in her purse. The booklet cover was so worn it was duct taped together.

Mom loved her nieces, nephews and their families. The time they spent with her was precious. In 2005, Mom organized the Headrick family reunion at her home on Lake Minnewashta. It was a huge success. One of her grandnephews caught a 9.5 pound northern off her dock and got his picture in the paper, a big highlight of the gathering.

Mom constantly gave to others. She helped with children's religious education, church events and was a deacon at the Presbyterian Church. She volunteered countless hours at the home for abused mothers and children (CAASA), Voluntary Action Center, Moms and Tots and delivered Meals on Wheels. She regularly visited folks that she knew and did not know in the hospital and nursing home to keep them company.

Mom, thank you for your love and care. We will miss you. There could not have been a better Mom.