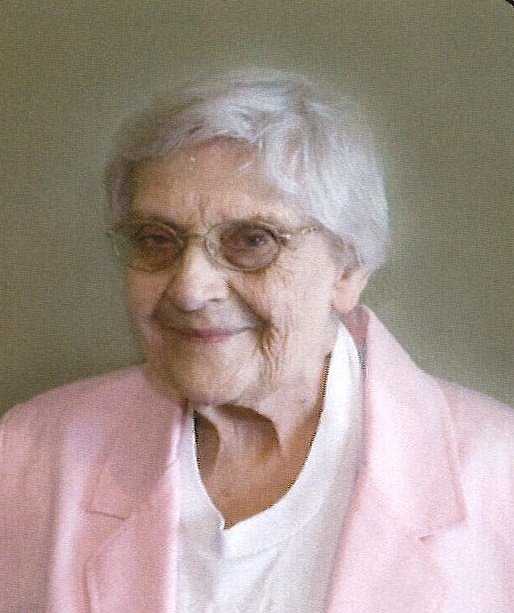 A Celebration of Life for Janet and Herman Hodapp will be held Friday, July 30, 2021 at St. Joseph Catholic Church in Milford. Family will be present at 9:30 AM with a Funeral Mass at 10:30 AM. After mass, burial will be at Calvary Cemetery followed by a lunch and a time of sharing at the church.

Janet Ann Hodapp was born May 25, 1933, in Granville, Iowa, to Herman and Dorothy (Forkenbrock) Hodapp. Her early childhood was spent in Granville and Sioux City. In 1946 she moved with her family to Milford where she became a member of St. Joseph’s Catholic Church and attended St. Joseph’s Catholic School. She attended St. Mary’s Academy in Alton, Iowa, graduating in 1951.

Janet worked in retail for several years and enjoyed working at the Easter Seals Shop in the Emporium every summer. Later she cared for the elderly in their homes. Janet was close to a seventy-year member of Catholic Daughters of America and of American Legion Auxiliary. She was an active member of the Dickinson County Museum Board, having served as president. She enjoyed playing bingo, playing card games, and spending time with family and friends.

Janet passed away on December 19, 2020, at Lakes Regional Healthcare in Spirit Lake at 87 years of age.

She was preceded in death by her parents, step-father Henry Hodapp, brother Herman Hodapp and brother-in-law, Joe Chaffin.  A celebration of life will be held at a later date.