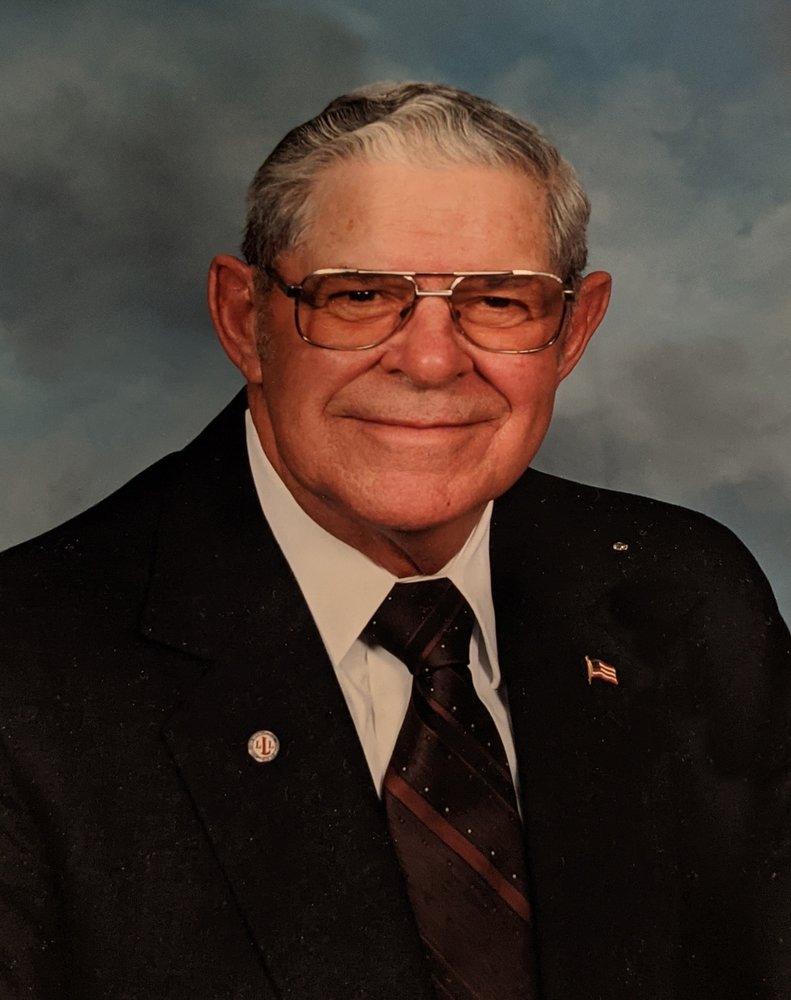 A graveside service for Harvey Baedke, age 88, of Milford, will be held Monday, December 28, 2020, at 10:30 am at Fairview Cemetery in Terril. Visitation will be on Sunday, December 27th from 3:00-7:00pm at Turner Jenness Funeral Home in Milford. Due to current health concerns, there will be no family present at the visitation.

Harvey Gene Baedke, was the youngest child of Fred Adolph Baedke and Anna Marie (Rierson) Baedke and was born on September 23, 1932.   Harvey’s father, Fred, died when he was 7 years old. A great majority of his life was spent helping his mother Anna take care of the farm and he was by her side to help with whatever needed to be done. He graduated from Terril Community School in 1952 and then joined the Army to serve our country. After an honorable discharge from the Army, Harvey returned to the Terril community and for many years worked at the Terril and Milford Elevators.

Harvey had many roles within the family and will be remembered fondly as being a favorite uncle who loved to have fun with his nieces and nephews. Harvey was a gentle man with a kind heart, a great smile and he had a twinkle in his eye. He enjoyed going to farm auctions and helping the auctioneers get them set up. He loved to tell jokes, play games, cards, softball, pitch horseshoes, go to family picnics, and was well known for pulling numerous pranks on people. He would continually get his nieces and nephews in trouble in church for making them laugh and giggle out loud.   Harvey was an accomplished dancer, harmonica player, gardener, cook and baker and loved to share his goods with family and friends in the neighborhood. He loved going to the Clay County Fair and won many first place ribbons with his garden produce.   He enjoyed driving old tractors in the parade for Milford Pioneer Days.

Harvey was a member of the American Legion, served as a volunteer for the Terril Fire Department for 15 years and was a faithful member of the Immanual Lutheran Church. Harvey was a strong Christian and his faith was very important to him. He lived in that community until he went to the care center in Milford where he resided until his death. His time spent at the care center were very happy years for him. He loved the staff and the residents and was a favorite amongst them all.

Harvey passed away at Avera Hospital in Sioux Falls, SD due to complications of a stroke on Sunday, December 20, 2020. He was preceded in death by his parents; his sister Vera Janssen; and his three brothers, Lyle, Ernest and Arnold.

Left to cherish his memory are several nieces and nephews and their families; other relatives as well as many friends.