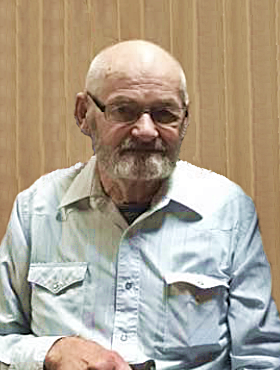 Floy F. Ahrenstorff, the son of Sigfried and Lillian (Atzen) Ahrenstorff, was born April 4,, 1937 in Heron Lake, Minnesota. He was baptized at Trinity Lutheran Church in Sioux Valley and graduated from Sioux Valley High School.

Floy was raised on the family farm in Sioux Valley, which is now a Century Farm. Floy knew what hard work was. He worked for several Road Construction Companies throughout his life and helped work the land where the new Spirit Lake Hospital was going to be built. Later, he became the owner/operator of Ahrenstorff Trucking, hauling livestock out west. After retiring, he would spend his winters in Bullhead City, Arizona, selling and buying antiques. Later in years, you could find dad either having a cup or two of coffee at the Corner Store or driving around checking on farmers and crops.

Floy passed away on December 27, 2020 at Accura Healthcare in Spirit Lake at the age of eighty-three.

Share Your Memory of
Floy
Upload Your Memory View All Memories
Be the first to upload a memory!
Share A Memory