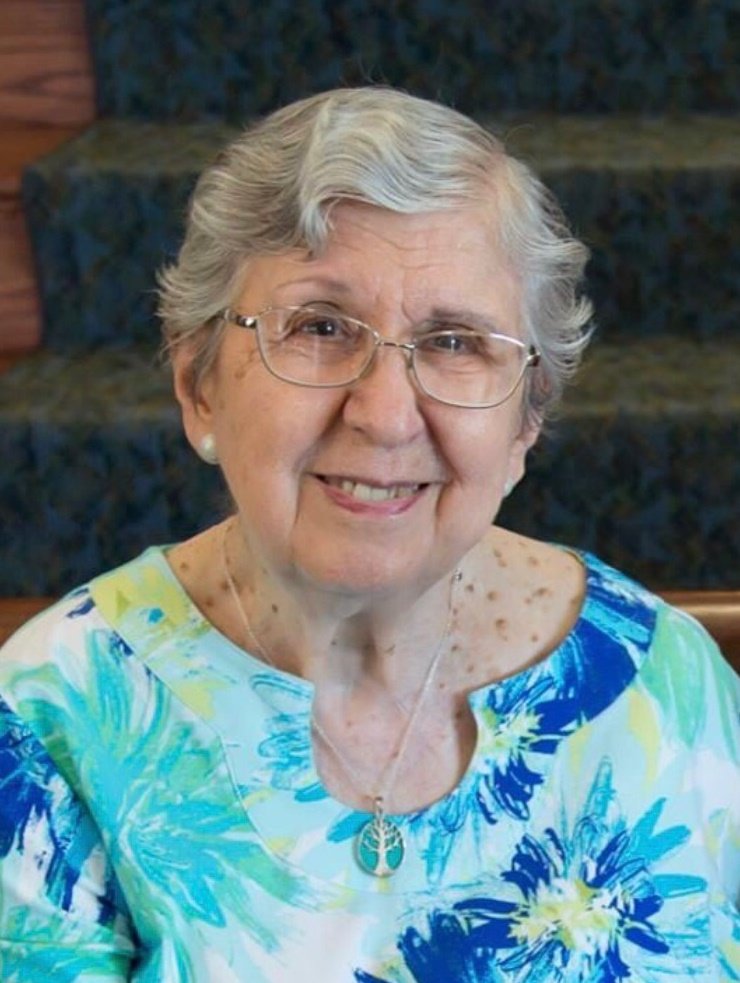 A funeral service for Earline Blahauvietz, age 93, of Spirit Lake, will be held Saturday, January 9, 2021, at 2:00 pm at Turner Jenness Funeral Home in Spirit Lake. Visitation will begin one hour prior to the service on Saturday at the funeral home. Burial will be at Union Cemetery in Harris, Iowa.

To watch a recording of Earline's sevice, please click the following link; https://youtu.be/eqzEUky3v9c

She grew up on a farm in Primghar and attended elementary and secondary school graduating from Primghar High School in 1944. In high school she was involved in musical operettas and glee club. After graduating, Earline worked for a year to earn money to go to college. She attended Waldorf College in Forest City, IA, for two years and was very active in music (singing and piano) and art classes. Her plan was to teach for two years after college and then return to get her music degree. In 1947, she started dating Donald Hagen from Primghar and her plans changed. She found a teaching position at Calumet High School to be closer to home and was head of the music department there until they married on June 13, 1948. They lived in Primghar and later Hartley. During this time Earline taught piano lessons and had up to 30 students per week. She was also very involved with music directing for the church choirs. Earline and Don had over 25 years of marriage before he passed in January, 1975. During their marriage they built homes, townhouses and apartments which Earline continued to manage as rentals after his death. Having grown up in the depression, Earline learned at an early age to be creatively frugal and to have a very strong work ethic.

Earline became active in BPW and Federated Woman’s Club holding offices in both organizations. During her life, she took numerous art classes and worked in a variety of media such as water colors, pencil and oils. Her homes were always filled with her beautiful artwork. Earline worked as Director of Art, Music and Ceramics at Village Northwest Unlimited in Sheldon and later became the Chamber of Commerce Secretary of Hartley. She worked as the Elementary School Principal secretary in Hartley until she was introduced to Wayne Blahauvietz from Harris, IA in 1981. They married December 27 of that year. Earline had always dreamed of having children and with this marriage came the “whole package” as she said: children, grandchildren and later great grand children. They were married for over 38 years before he passed in August 2020. Wayne and Earline lived on the family farm in Harris until 1989  when  they  moved  to  their  lake  home near Crandalls’ Beach on Big Spirit. In 2016, they moved to Keelson Harbour in Spirit Lake.

Earline was active in the O-Sirrah Club in Harris, played the piano at the United Methodist Church in Harris and sang in the church choir at Grace Lutheran Church in Spirit Lake. She enjoyed gardening, cooking, attending musical performances, singing, traveling, photography and the Okoboji Summer Theater. She loved living on the lake enjoying the beauty and peacefulness which was often captured in her artwork.

Her family and friends would describe her as a warm, friendly, funny, caring, generous and compassionate person. She was a loving wife and seamlessly fell into her role as step-mom, grandmother and great grandmother filling a void in the family. She looked forward to family gatherings and especially enjoyed when all the little ones came to see her.

Earline passed away peacefully on Tuesday, January 5, 2021 at her apartment at Keelson Harbour.