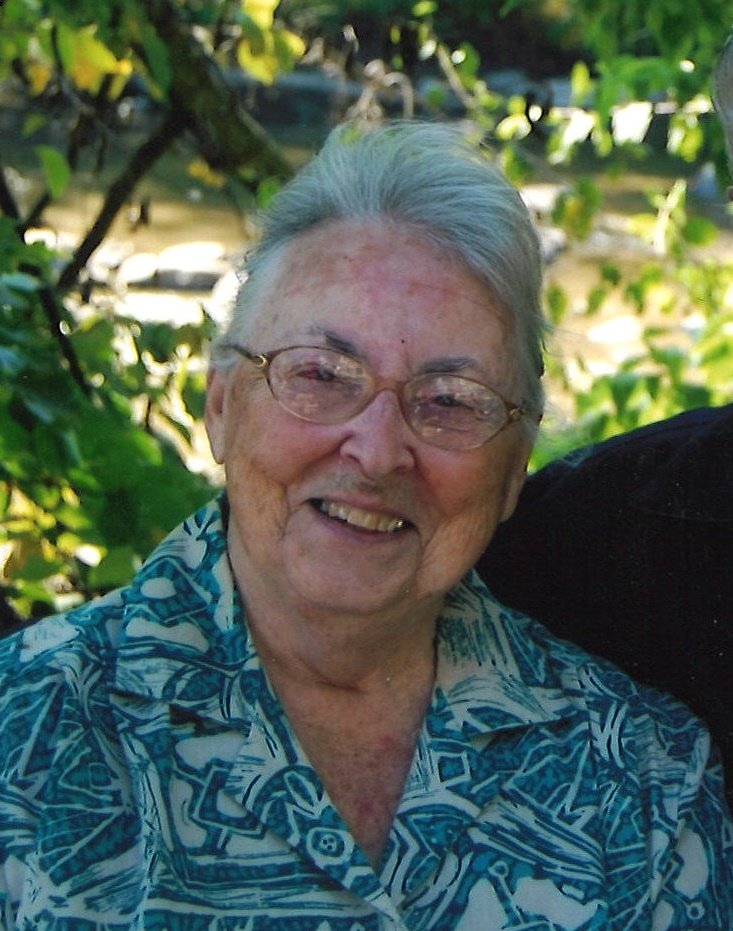 For those looking for a way to remember Phyllis, it was her wish that friends and family would plant a tree in her honor.

Phyllis Ann, first born of Glen and Thelma (Stezel) Birdsell was born January 12, 1934, at Spirit Lake, Iowa. They lived in Dickinson County for a few years, then to a farm in Jackson County, Minnesota where she started school in a small country school house. The family moved to a farm northeast of Spirit Lake where she attended another country school until it closed and she joined the other students in junior high at the Spirit Lake Consolidated School, graduating in 1952.

On July 7, 1952, she married Cleo Johnson at the First Presbyterian Church in Spirit Lake. The couple lived in Alamada, California for two years while Cleo was in the Navy. Phyllis worked at Bank of America and Farmers Insurance in Oakland, California.

In 1955, they moved to a farm in Jackson County where they raised their family. The farm provided lots of summer fun and memories for their twelve grandchildren.

Family was very important to her. She loved nature, animals and was an avid reader and dedicated gardener. For thirty-six years she sent letters to those that needed a little cheering up. This was fifty letters a month to several states.

Phyllis passed away January 13, 2021 at Lakes Regional Healthcare in Spirit Lake at eighty-seven years of age.

Share Your Memory of
Phyllis
Upload Your Memory View All Memories
Be the first to upload a memory!
Share A Memory