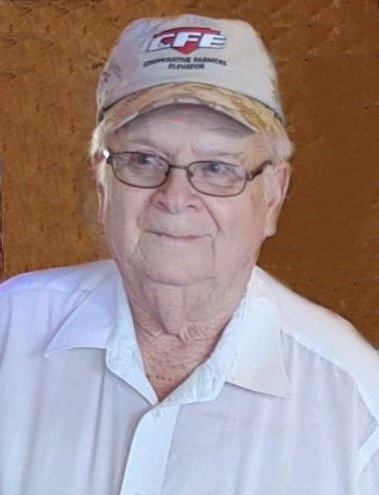 A private family service will be held for Norman Nattress, age 79, of Milford, on Tuesday January 19, 2021, at 10:00 am.  Burial will be at Milford Cemetery. A public visitation will be on Monday, January 18th from 3:00-7:00 pm at Turness Funeral Home in Milford. A Celebration of Life is being planned for July, 2021.

In lieu of flowers, memorials will be in Norman’s name to the Milford Boy Scouts, The American Legion Post 384, and IOOF Home & Community Therapy Center.

Norman Neal Nattress was born on July 17, 1941, in Spirit Lake, Iowa to Clarence Elwood and Hazel (Best) Nattress. They lived west of Fostoria and then moved to the home farm west of Milford in 1943. He was a member of the last graduating class of Excelsior school of 1959. After graduating, he joined the Army National Guard and was honorably discharged in 1963.

He married Shirley R. (Meyer) on November 26, 1961. They resided on the Nattress Home Farm, west of Milford, where they raised their two sons, N. Eugene and Greg A. Norm enjoyed farming and raising hogs for many years, before moving to town in 1985.

He farmed for over 50 years, during that time he was also a seed salesman for DeKalb and SOI Seeds. When he retired, he became the lunch guy and the parts runner for the boys during spring planting and harvest season. A few years after moving to town, he drove bus for RTA and really enjoyed socializing with everyone he met while driving the bus.

Norm will always be remembered by most as ‘One of a Kind.’ You could always find Norm at Boji Junction with his ‘Coffee Club’ friends, where his obvious wit and charm was piled onto anyone who would listen. He was a member of the Excelsior United Methodist Church.

Norm passed away on January 13, 2021, at Mckennan Hospital in Sioux Falls, SD. Before his passing, his sons and grandchildren were lucky enough to talk with him. He thoroughly enjoyed spending time with his family and especially his grand and great-grandchildren.

He is survived by his wife of 59 years, Shirley; sons, Gene (Brenda) and Greg A., both of Milford; grandchildren, Gregory P., Amanda (Cory), Tyler, and Brianna; great-grandchildren, Remi and Easton.

He was preceded in death by his parents, Clarence and Hazel Nattress; his infant brother, Edwin Louis and grandson, Bradley Nattress.

Share Your Memory of
Norman
Upload Your Memory View All Memories
Be the first to upload a memory!
Share A Memory