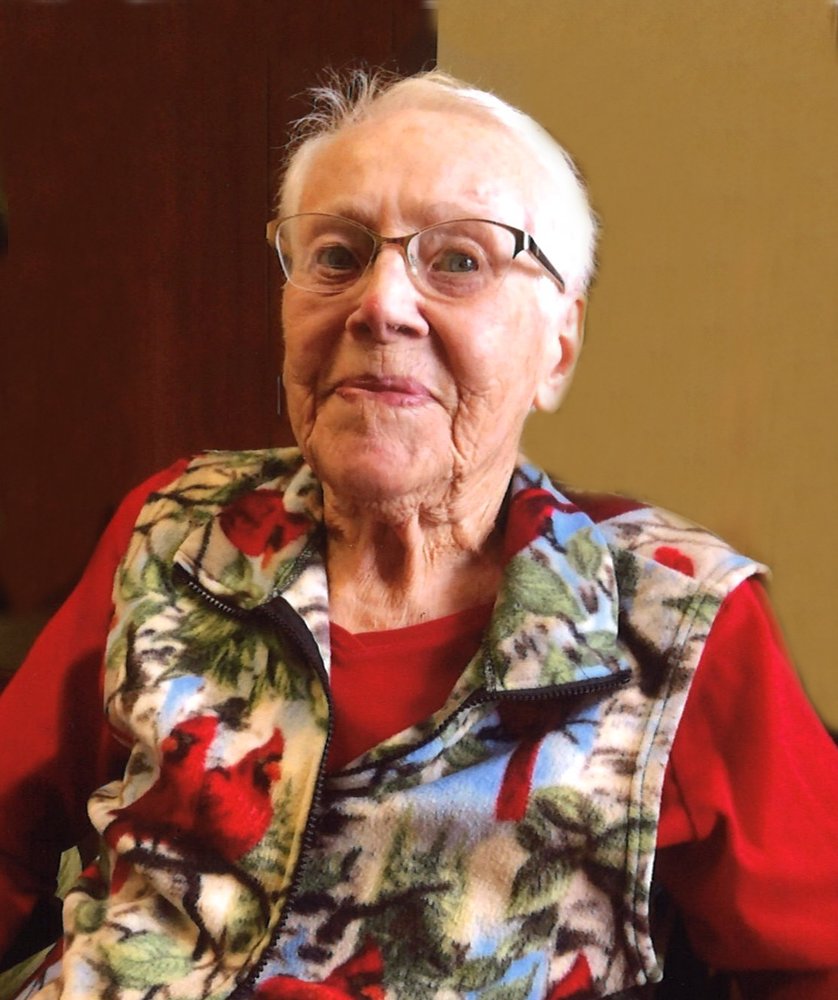 A private family service will be held for Leona Spieker, age 97, of Milford. Burial will be at Calvary Cemetery.

A public visitation will be on Sunday, January 24, 2021 from 3-6 pm at Turner Jenness Funeral Home in Milford. Due to current health concerns, no family will be present at the visitation.

Leona Elizabeth (Sandman) Spieker went to meet her Lord and Savior on January 21, 2021. She was born on the 13th of April, 1923 in Petersburg, Nebraska.

She met Lambert Spieker in 1944, at a dance in Raeville, Nebraska. They were married and moved to Milford in 1945. To this union, they had seven children, Lavern, James, Marvin, Edwin, Mary, Patricia and Barbara.

Leona began her working career plowing behind horses and working on the farm. She later worked at the old Fisherman's Wharf in Arnolds Park and cleaned the old and new Milford Motel. Three of her sons served their country over in Vietnam at the same time.

Preceding her in death were her husband, Lambert Spieker in 1973; daughter, Patricia McLintock; and daughter-in-law, Margaret Spieker.

Share Your Memory of
Leona
Upload Your Memory View All Memories
Be the first to upload a memory!
Share A Memory