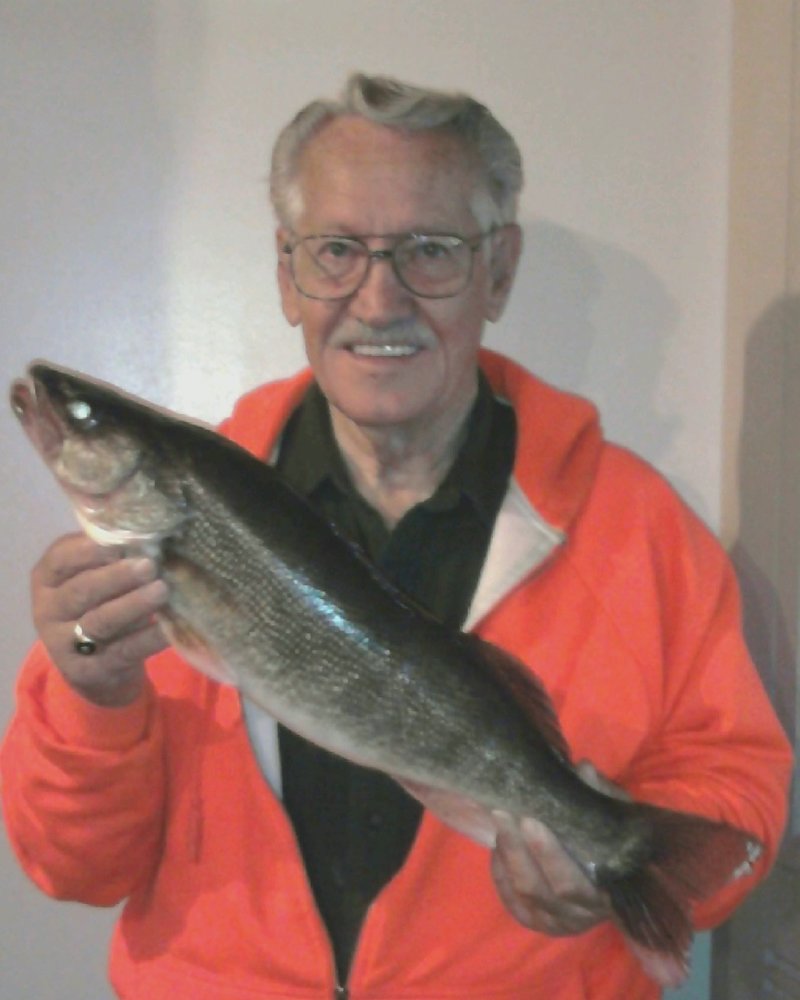 A funeral service for Borge "Doc" Bak, age 87, of Spirit Lake, will be held Thursday, January 28, 2021, at 1:30 pm at Grace Lutheran Church in Spirit Lake. Burial will be at Lakeview Cemetery. Visitation will be on Wednesday, January 27th from 4:00-7:00 pm at Turner Jenness Funeral Home in Spirit Lake with the family present from 4:00-6:00 pm.

To view the funeral service, please click on the following link; https://youtu.be/fHi92bFAsVA

Memorials in honor of Doc may be directed to either the National MS Society (www.nationalmssociety.org) or the Ataxia-Telangiectasia Children's Project.  (ATCP.org)

Borge Bak, was born on May 25, 1933, to Lars and Anna (Petersen) Bak in Adair, Iowa. He was a first generation American as both parents came to America individually from Denmark. His family moved to Spirit Lake when he was ten years old. Borge graduated from Spirit Lake High School in 1951. At age 24, he was drafted into the Army during the Korean Conflict. Borge was honorably discharged in 1957 and returned to Spirit Lake to farm.

On April 5, 1959, he married Ruth Babcok. They had two children, Dennis and Julie, before moving to Davenport, Iowa so Borge could attend Palmer College of Chiropractic. While studying in Davenport, Iowa, they added two more children, Dana and Wendy. Upon graduation from chiropractic school, he returned to Spirit Lake and opened his practice. During this time, his family was completed with the birth of two more children, Dale and Trudy.

In 1969, the Bak family moved to an acreage and raised sheep and their six kids. Borge was a chiropractor for twenty-five years. He was very active in the church, the community and 4-H. In 1984, Borge retired his chiropractic practice and became a commodity broker. On August 19, 2000, Borge married Margery Iwen and that union brought three additional kids, Gene, Susan and Curtis into the family. He worked as a broker for about ten years before starting a pilot car service for oversized loads. He enjoyed driving around the country and meeting new friends. There was not a person he couldn’t talk to. After twenty-three or so years of driving, Borge retired. He enjoyed visits to and from any of his family. He also enjoyed fishing. “Doc” knew the best docks for fishing and shared advice to help others catch them, especially his grandkids.