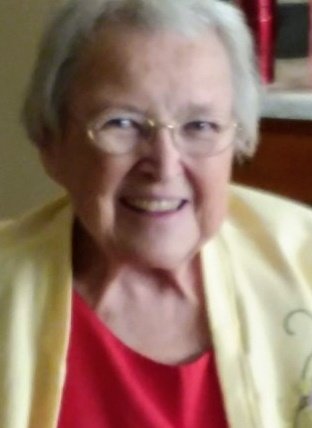 A visitation for Rose Marie Rahbain, age 81, of Spirit Lake, will be held Thursday, February 18, 2021, from 4:00-6:00pm followed by a Prayer Service at 6pm at Turner Jenness Funeral Home in Spirit Lake. Those that are attending are asked to wear a mask. A Celebration of Life for Rose Marie will be held this summer.

To view the Prayer Service, please click on the following link; https://youtu.be/Mtp2lkprgq8

Rose Marie Wagner Rahbain, the daughter of Herman and Ida (Kuchta) Hoffman, was born April 15, 1939, in Fort Dodge, Iowa. She grew up in Dakota City, Iowa and graduated from Humboldt High School. After graduating, she worked as a telephone operator and later became a manager.

On February 3, 1962, Rose was married to Ralph Wagner. They worked together on the family farm. After Ralph passed away, Rose was married to Dave Rahbain. Rose and Dave moved to Spirit Lake in 1998 and throughout their years they enjoyed car shows and displaying their antique cars.

Rose loved cross stitching, reading, collecting antiques, crossword puzzles and playing cards, especially cribbage. In her younger years, she loved to ice skate and roller skate. She was a three time winner of the husband calling contest at various fairs.

Rose passed away surrounded by family on February 16, 2021, at Lakes Regional Healthcare in Spirit Lake, Iowa at eighty-one years of age.