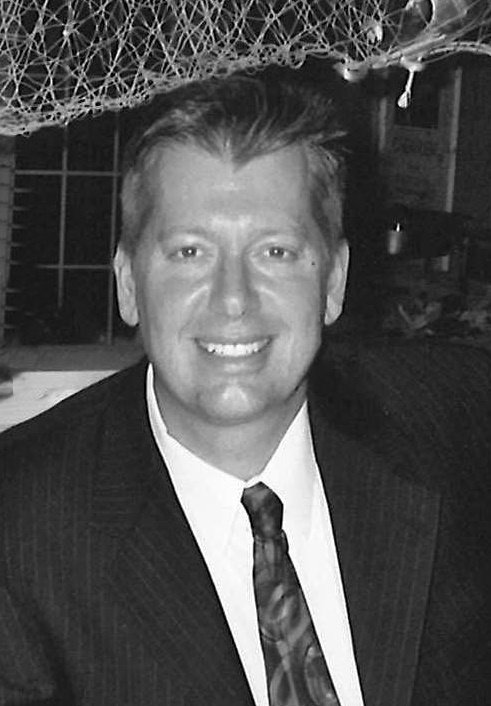 Mass of Christian Burial for Dr. Steve Christensen will be held 10:30 am, Monday, April 5, 2021, at St. Joseph Catholic Church in Milford. To watch the livestream of the service, please click on the following link; https://stjosephmilford.org/funeral-live-stream

Visitation will begin at 3 pm Sunday, April 4, 2021, at St. Joseph Catholic Church in Milford, with the family present from 3 - 7 pm. A Parish Scripture Service  will begin at 5pm in the parish center.

In lieu of flowers, a memorial fund has been established and will be given to Steve's favorite charities.

The most remarkable husband, dad, papa, son, and brother passed away and went to his heavenly home on March 30, 2021. He was also a beloved dentist to many. Dr. Steve Christensen practiced in Laurens, Iowa, for more than 30 years and in Spirit Lake, Iowa, for more than 15 years. In Steve’s over thirty years of dental practice, he made a lot of people smile and helped numerous people with their smile. Steve did so not only because he was an exceptional dentist but also because he was an exceptional friend.

Steve was the first born of Don and Marlene Christensen of Marathon, Iowa. He was born on September 23, 1959, in Storm Lake, Iowa. Steve always said he knew from a young age he wanted to be a dentist. He was also a self-taught taxidermist after learning from a kit he bought off of a “Boy’s Life” magazine at around the age of 12. We are still trying to figure out the connection between his love for taxidermy and human teeth.

After graduating high school from Laurens-Marathon Community School District in 1978, he went to Luther College in Decorah, Iowa, where he thoroughly enjoyed fishing the trout streams, creating life-long friendships, and studying biology. He graduated with a Bachelor of Science degree from Luther College and then went to the University of Iowa Dental School, where he quickly became a fan of the Hawkeyes and his passion for dentistry and caring for patients flourished.

Upon graduation from dental school, he returned home to Laurens, Iowa, where he joined the practice of Dr. Miles Olson and Dr. Linda Olson-Bieri. Dr. Steve and Dr. Bieri were dental partners and dear friends for over 30 years – and were still practicing together until his passing.

Steve was involved and deeply connected to the communities he called home, namely Laurens and Spirit Lake. During his life, he belonged and was actively involved with a number of organizations, churches, and memberships – both professionally and personally.  In recent years, Steve was instrumental in starting a free dental clinic in the lakes area. The clinic recently moved into Lakes Regional Healthcare. Even after a long day at the office, he couldn’t wait to spend another 4-5 hours helping those in need at the free clinic. Steve was a member of the American Dental Association, Iowa Dental Association, and the Academy of General Dentistry. He was elected to the Pierre Fauchard Academy, and he was active in the Pediatric Dental Society for many years. Steve was a proud member of the University of Iowa Dental Alumni Association.

Steve’s greatest joy on this earth was his family. Steve met the love of his life, Jane, on a blind date. Steve said he knew he was going to marry her after that date. It only took one visit to the Summit Street house and a game of charades that included Steve dancing on the “stage” in the living room to find the approval of the entire Wente family – and then Jane. Steve and Jane would have been married 30 years on April 6, 2021, and from that marriage, they had two amazing children that he adored, Grace and Nick. Steve loved and adored his kids, and maybe his greatest attribute as a father was his ability to be passionate about whatever his kids were passionate about. Simply put, Steve was their biggest fan and was so proud of everything they did or were involved in. His family’s joy, was his joy. Most recently, Steve was promoted to Papa – a role that he was perfectly suited for.

Steve was an exceptional host, and it brought him so much joy to have his friends and family with him at the lake as often as possible. He loved boating, fishing, kayaking, making pizzas, watching the Hawkeyes, or doing whatever anyone had an interest in that day.

Steve’s approach to life was pretty simple: love God and love your neighbor. He lived that out every day, whether it was at home, at the clinic, on the boat, or at one of his children’s events. Steve had a way of seeing the best in people and loving them unconditionally, no matter who they were or where they were from.

Steve was preceded in death by: his father, Don Christensen; his mother-in-law and father-in-law, Tom and Mary Ann Wente; and his favorite red-headed nephew, T.J. “Two” Wente.

Share Your Memory of
Dr. Steve
Upload Your Memory View All Memories
Be the first to upload a memory!
Share A Memory