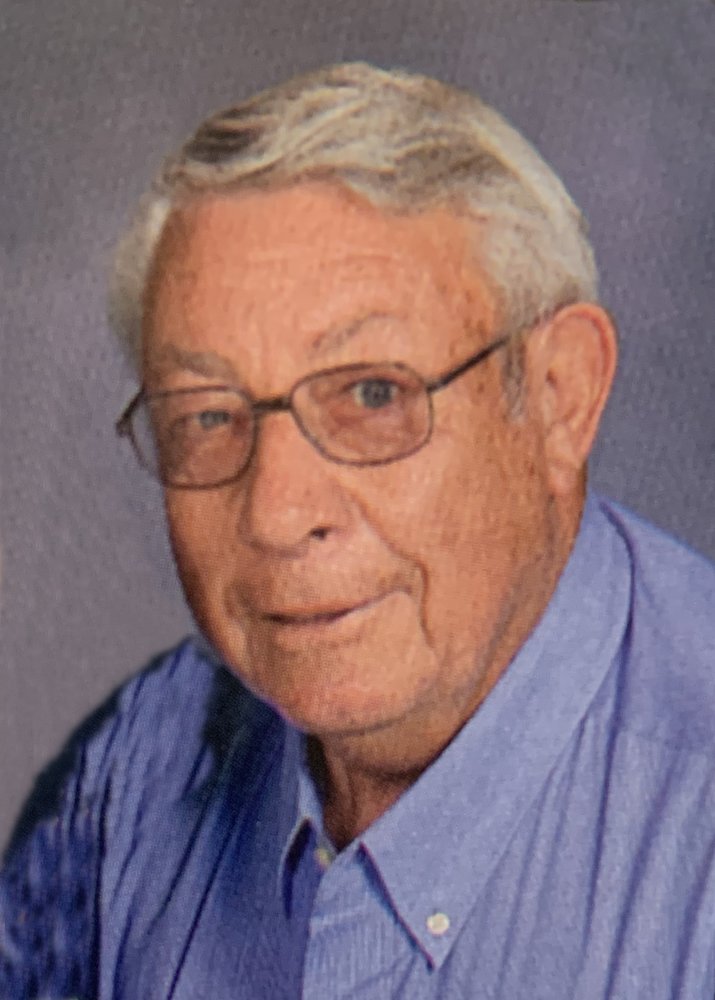 To watch the service for Harlen, please click the following link: https://www.youtube.com/watch?v=E5l_kqwHiQk

Harlen Robert Benjamin Tesch was born July 13, 1932, in Germantown, Iowa, the son of Harry and Nora (Holtgrewe) Tesch.  He was confirmed at Zion Evangelical Lutheran Church in Paullina.

Harlen graduated from Primghar High School in 1950 and enlisted in the US Army in 1951. He served during the Korean War and received his Honorable Discharge in 1953.

On September 30, 1956, Harlen was united in marriage to Velma Ann Petersen.  The couple first made their home in Primghar, followed  by several other communities before moving to the Lakes Area in 1994. Harlen worked for over thirty years for Wells Dairy, first as a milk deliveryman and then in the plant in LeMars, Iowa.

Harlen was a member of First Lutheran Church in West Okoboji.  He enjoyed fishing and going to casinos.

Harlen passed away Thursday, April 22, 2021, at Accura Healthcare in Milford at eighty-eight years of age.

He was preceded in death by his wife, Velma; son, Loren; brothers, Dale Tesch and Eldon Tesch, sister Elaine Wacker and brother-in-law Dale Wacker; and parents, Harry and Nora Tesch.