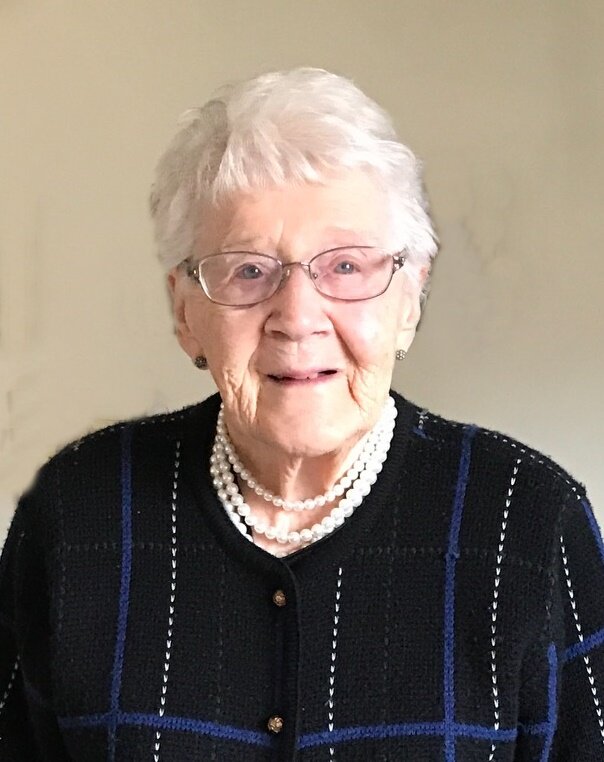 Leona was born in Fontanelle, Iowa to Helena (Meltabarger) and Hiram Wyllie on December 16, 1924. Helena passed away when Leona was 3 years old. Leona and her 4 siblings were separated and raised by families across the country. Leona was fortunate to make her home with the Charlie and Nina Moyer family. Following Leona, the Moyers had two additional daughters, Lorraine and Shirley.

Leona graduated from Terril High School. Following her graduation, she married Chester Ross Winslow on September 30, 1942. Together they built a thriving dairy farm until 1972 when the cows were sold. Without the cows, they started traveling and spent 27 winters in warmth of southern Texas. They were married 74 years, only Chester’s death in 2017 could separate them. Leona and Chester loved to square dance. They made numerous dancing friends across the country. Leona was always the pleasant smiling gal from Iowa who always had coffee and cookies ready. Leona loved baking bread and continued to bake well into her 90’s.

Funeral services will be held September 8 at 10:30 AM at the Faith Community Church in Milford, Iowa. Leona will be buried next to her husband in the Milford Cemetery. There will be viewing for the community on September 7 from 3pm to 7pm at the Turner Jenness Family Funeral Home in Milford.

Share Your Memory of
Leona
Upload Your Memory View All Memories
Be the first to upload a memory!
Share A Memory