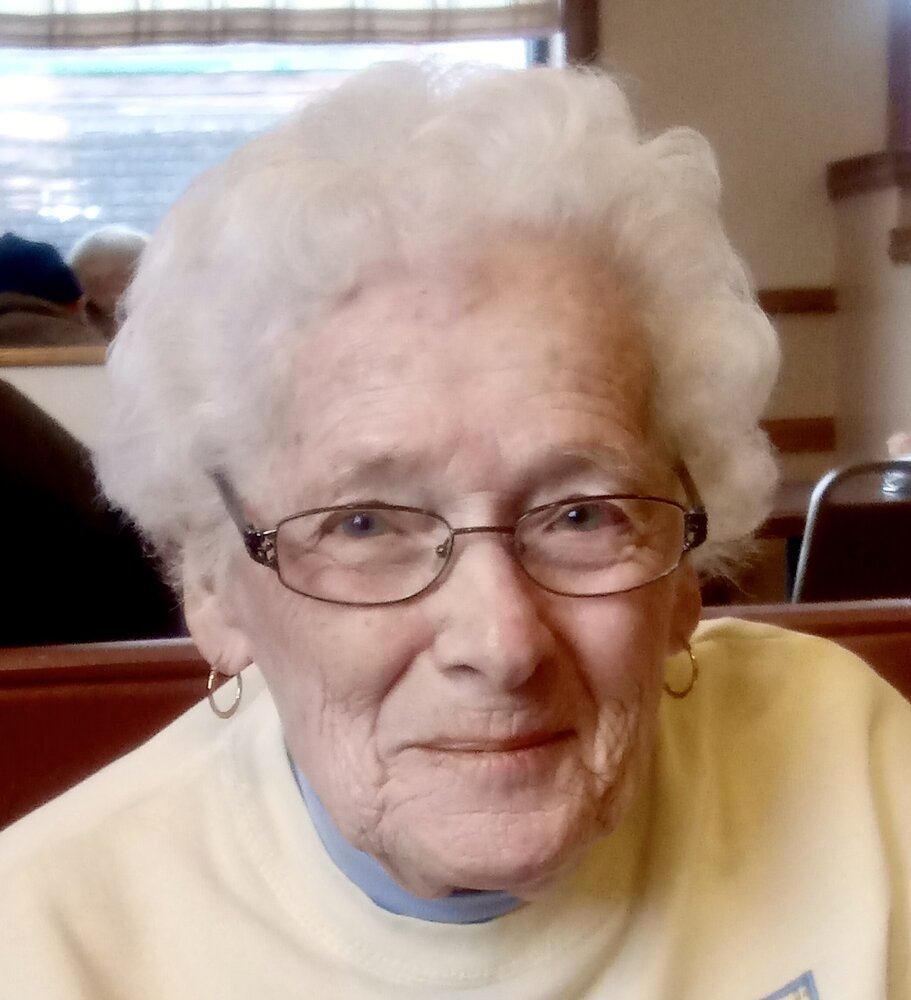 A funeral service for Norma Seely, 98, of Spirit Lake, will be held Wednesday, September 8, 2021 at 10:00 AM at Immanuel Lutheran Church in Spirit Lake. Burial will be at Memory Gardens in Spirit Lake. Visitation will begin one hour prior to the service at the church.

Memorials in honor of Norma can be given to the Joyful Journeys Preschool and Daycare Scholarship Fund at Immanuel Lutheran Church.

On October 22, 1943, Norma was married to Ervin Claude Seely in Omaha, Nebraska. Norma and Ervin worked together in a B29 factory for the war effort. They later lived in Marshalltown, Iowa and Orleans, Iowa before making their home in Spirit Lake in 1959.

Norma enjoyed playing the piano, was a member of the Sweet Adelines, played in the bell choir and was involved in several church activities. She liked playing cards, watching sports on TV and creative writing. Norma also worked as a library assistant at the elementary school.

Share Your Memory of
Norma
Upload Your Memory View All Memories
Be the first to upload a memory!
Share A Memory