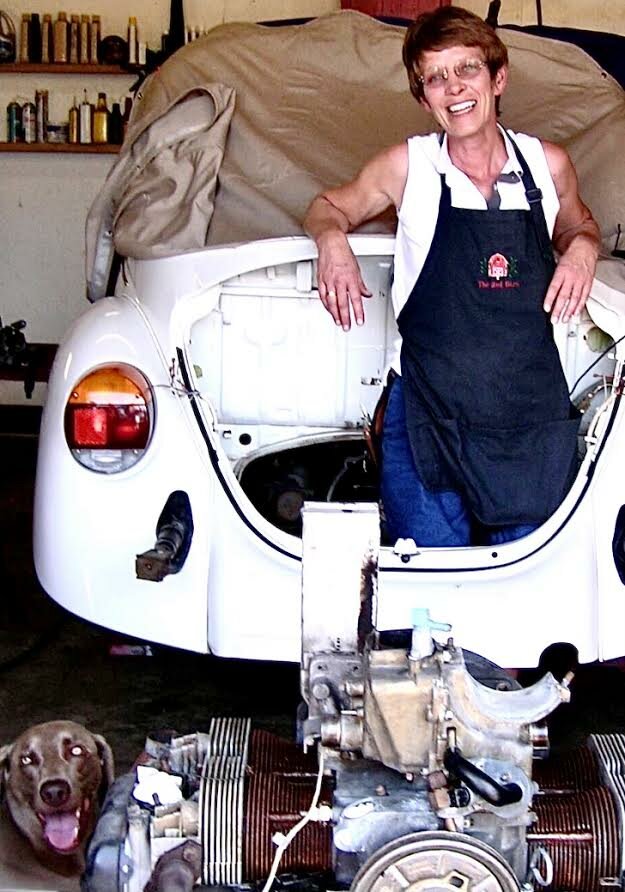 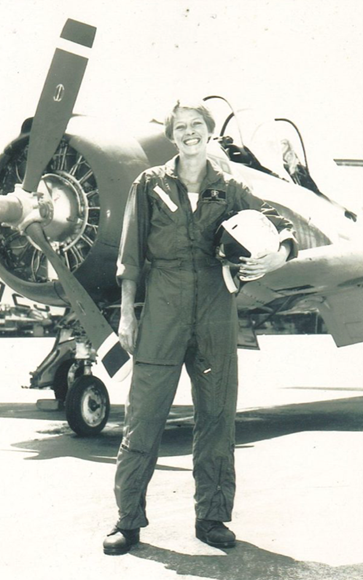 She graduated from Mapleton High School in 1970, already one of the youngest female pilots in Iowa and known for rebuilding her Jeep Willys. Following graduation, she earned a B.S. degree in aerospace technology with a minor in meteorology at the Metropolitan State University of Denver. Additionally, she earned her commercial pilot license and air traffic control certification. In 1976, she joined the US Navy, serving through 1984 and garnering several accomplishments.

Between 1979 and 1983, she became the first female to solo carrier land, gain acceptance into flight training for the E2-C Hawkeye, and fly a Grumman C-2A Greyhound onto the USS Eisenhower aircraft carrier during the Libyan Crisis. Becoming a model for female leadership, she oversaw both Navy and Air Force trainees. While stationed in Sicily, she also adored driving her red VW convertible and served as a medevac pilot, carrying mail, parts, dignitaries and press agents to the carrier.

In 1984, she declined a position at the pentagon to join her former husband (Leif Henning Lågeide) in Norway, whom she’d met while training the Royal Norwegian Air Force. They celebrated 23 years of marriage until Jan moved to the US in 2002. She was preceded in death by her parents and second husband, Thomas DeSpain, her high school sweetheart. She is also remembered by her loyal friends, Doug Eihousen and Jeremy Reynolds.

In addition to her accomplishments, Jan was a member of the International Order of the Rainbow Girls, an avid bicyclist and outdoor-enthusiast. Jan was known for her sense of humor, outgoing friendliness, intelligence, work ethic, artistic creativity, and love of dogs. She was always enamored with the Iowa Great Lakes region and working on her VW bug “Okobugy.”

Survivors include her daughter Leah Gaylen Laageide, her three sisters Jean Kenner of Marshalltown, IA; Cassandra “Cass” and her husband, Samuel Williamson of Charlevoix, Michigan; Carla Marsh and Jim Godberson of Mapleton, IA; as well as niece and nephews including Lee and Ben Kenner, Jessie and Carl Williamson, as well as Hunter Marsh.

Memorials in her name may be directed to the Turner Jenness Funeral Home in Spirit Lake, IA or to Emerald Golf Course in Arnolds Park, IA. In lieu of flowers, donations to the Human Society of Northwest Iowa and/or the Great Lakes Cherish House.

Burial: Jan wished to be cremated. Her daughter, Leah Laageide, will keep her remains at this time.

For additional information regarding her Naval career, her recent spotlight in the Lake Life Okoboji magazine has been included below.

“A Servant Heart Flying the Skies”