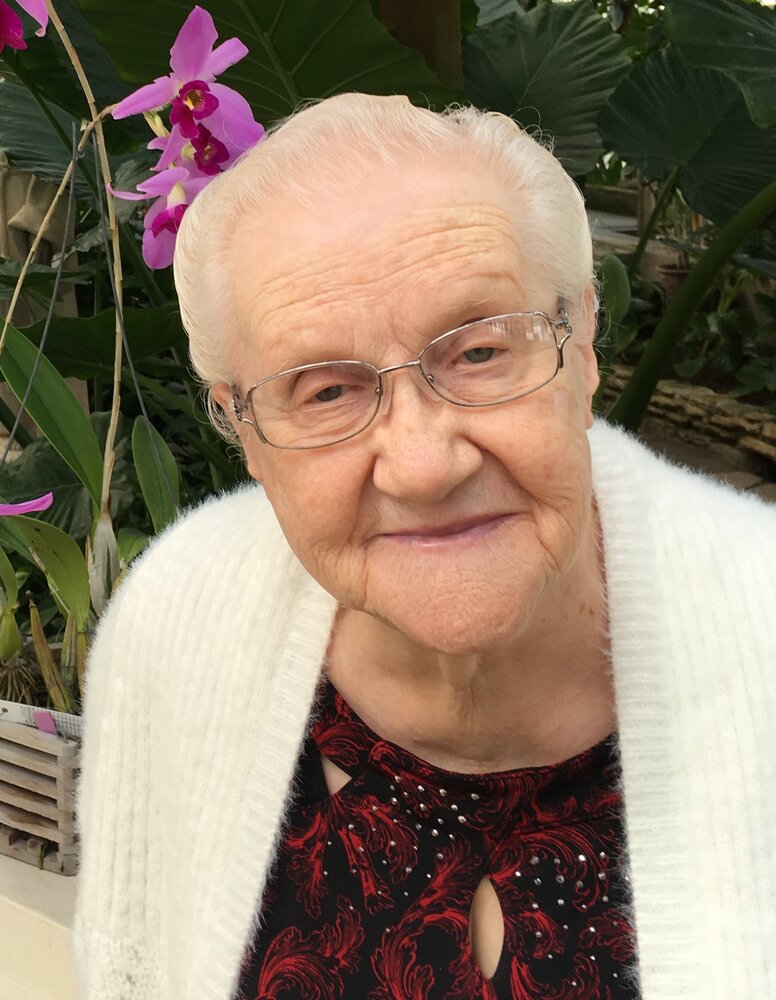 To watch the recording of the funeral service for Ernestine, click the following link: https://www.youtube.com/watch?v=dK53qJZdQrU.

Ernestine Ramona Larson, the daughter of Manville and Eleanor Lindeman, was born January 24, 1932 in Bricelyn, MN.  During her early years she lived in Bricelyn and then moved to West Des Moines, Iowa. The family moved to Albert Lea, MN where she graduated from Albert Lea High School in 1950. Ernestine attended Waldorf College where she sang in the college choir and completed her education at Luther College earning a degree in teaching.

On February 15, 1953 Ernestine married Harvey Dean Larson in Albert Lea.  To this union, five children were born, Bradley, Craig, Heidi, Jeffrey and Darla.  She taught school in Milford off and on for nine years starting in 1952.  They joined First Lutheran Church in 1956 where she and Harvey were members until their deaths.

Ernestine provided in-home daycare for sixty-eight kids for over fifty-seven years. She got to watch some of their kids grow up and enjoyed being a part of their lives as well.

Ernestine had many interests throughout her life which included teaching school, knitting, sewing, crocheting, baking cookies, baking cakes and decorating them.  The biggest joy in Ernestine's life was her grandkids and great-grandkids. Her favorite time of year was getting together for the family Christmas holiday. She loved being active in the church from altar guild to quilting. In the last few years she kept busy sewing quilts for kids in Haiti.

Ernestine passed away October 22, 2021 at Stonebridge Suites in Milford at the age of eighty-nine.

Ernestine was preceded in death by her husband of sixty-three years, Harvey; her son, Craig; grandson, David and her parents and in-laws.

Share Your Memory of
Ernestine
Upload Your Memory View All Memories
Be the first to upload a memory!
Share A Memory