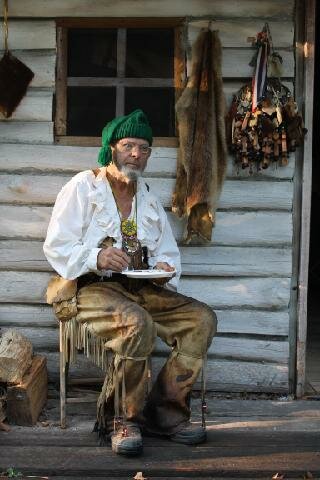 A funeral service for Jerry "Badger" Fastenow, 82, of Spirit Lake, will be held Tuesday, October 26, 2021 at 1:30pm at Crosswinds Church in Spirit Lake. Burial will be at Lakeview Gardens Cemetery in Okoboji. Visitation will begin one hour prior to the service at the church.

Jerry Fastenow was born in Cherokee, Iowa on April 25, 1939, to Jesse and Lillian Fastenow. He grew up on a farm in Peterson, Iowa and graduated from Brooke Consolidated School in 1957.

Jerry married Sheryl Walter on May 27, 1962. To this union, two daughters were born, Teresa and Rhonda. Jerry was engaged in farming until 1965 when the Fastenows moved to the Iowa Great Lakes area where Jerry was involved in the construction industry until his retirement. Jerry loved remodeling, taking the old and making it new. After his retirement, he continued repairing many items that people brought to his shop looking unusable and leaving looking new.

Jerry loved guns, competitive shooting, hunting, fishing and history. He earned many trophies for target rifle shooting, trap shooting, and hawk throwing. He combined these interests and used them to educate people of all ages about history through presentations for Boy Scouts, schools, Hidden Acres Christian Center, museums and a variety of city events in a 5 state area.

Jerry was honored by the Spirit Lake Kiwanis with the "Citizen of the Year" award in 2009 for his outstanding service to the community of Spirit Lake.

Jerry was a member of the New Ulm Battery in New Ulm, Minnesota. Jerry restored rare gas engines which are displayed at the Butterfield Engine Show in Butterfield, Minnesota.

In spite of three near death experiences, Jerry continued to be active in sharing his love of history with others.

Jerry passed away October 23, 2021 at Accura Healthcare in Spirit Lake at eighty-two years of age.

Jerry was preceded in death by his daughter, Rhonda Sands; his parents and grandparents.

Share Your Memory of
Jerry "Badger"
Upload Your Memory View All Memories
Be the first to upload a memory!
Share A Memory