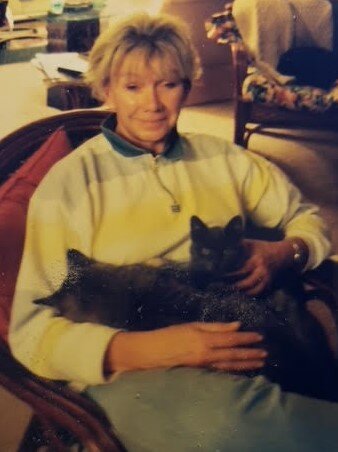 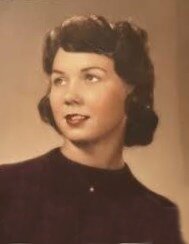 Private family services will be held for Jacquelyn "Jackie" Pakarinen, age 80, of Half Moon Bay, California.

Jackie Pakarinen, 80, of Half Moon Bay California passed away November 19, 2021 at Sequoia Hospital in Redwood City after a 5 year battle with cancer. Jackie was born on May 15, 1941 to John and Dorothy (Owens) Ottele in Spirit Lake Iowa as the oldest of 3 sisters. The family moved to a farm in Jackson Minnesota a few years later.

As the oldest Jackie always thought she should be in charge. In the 40’s and 50’s there were no sports for women in Minnesota schools. Like many of our farm family friends we were members of 4H. We were part of the county 4H sports league and lucky to have our father as the coach.

Of course, Jackie was the pitcher.

In the early 50’s our father suffered a heart attack as a result of a bout of rheumatic fever when he was young. With no sons in the family, the two oldest girls were recruited to help with driving tractors and hacking weeds out of the fields. And Jackie always got the best tractor.

To advance to management she accepted a “battlefield promotion” to step in during a crisis and turn around a troubled division.

After 6 years with Control Data Jackie accepted a managerial position with Digital Equipment Corporation of Maynard Massachusetts  . She later discovered that the job had been turned down by everyone within the company who had been offered it. Her group consisted of 12 of the most talented but unruly programmers in the world.

After stints at Prime Computer and Xerox Corporation Jackie decided that her career goal was to start her own company. So she sought experience in the emerging personal computer start up companies. In 1982 she joined Digital Research Inc. of Pacific Grove California. Within a year she was promoted to head of a division that represented 70 percent of the operating systems developer’s business.  Digital was one of the primary small companies competing against Microsoft in the early 80’s.

Next was a job as vice president of Lantech of Dallas Texas. Then a promotion with Zitel Corporation as corporate vice president and general manager of the company’s Gifford Computer Systems development company specializing in multi-user systems. And a move back to San Jose California.

At this time the increasing pressures of long work hours and frequent travel requirements exacerbated the asthma she had when she was younger. She soon realized that she would have to change her work schedules because she had many ambulance trips for her attacks.

Now she had to change her strategy to having her own consulting company to venture capitalists in the San Francisco Bay area in evaluating software entrepreneur business development plans. She had a standard contract that would allow her to have days where she could limit time on site when she was not well. She also had an hourly rate with a percentage of the total financing dollars for any company that she had recommended and was accepted for a buyout.

Because of her health challenges she embraced the California lifestyle of healthy eating and exercise. She then became in charge again to change the rest of the family to be the same way.

Jackie had an open door policy for stray animals especially cats. As she lessened her work commitments she created a beautiful garden with many flowers and many roses which had been her parents favorites.  Her home in Half Moon Bay had a view of the ocean from the deck.

She organized vacations for her parents to travel the length of California and up to Washington State and arranged adventures such as rafting and whale watching and hot air balloon rides.

Jackie was preceded in death by her parents, her sister Joanne and brother-in-law Ned Stockdale of Lake Okoboji.

Share Your Memory of
Jacquelyn "Jackie"
Upload Your Memory View All Memories
Be the first to upload a memory!
Share A Memory