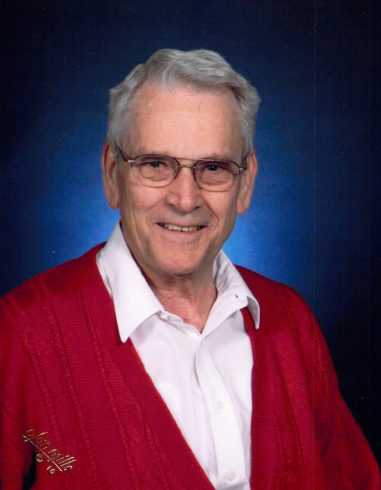 In lieu of flowers, a memorial fund has been established to benefit Charlie's favorite charities.

Charles (Charlie) Rowe, passed away at Lakes Regional Healthcare on November 24, 2021 after a long illness. Charlie was born to George and Anna (Meshen) Rowe on February 25, 1938 in Lake Park, Iowa. He grew up on farms mainly around Lake Park and helped his dad with the dairy cows and delivering milk around town. Charlie graduated from Lake Park Consolidated School in 1956. Charlie married Jeanenne Fick on March 31, 1959.

Most of Charlie’s jobs were as salesman for Jensen Hdwe, Sathers and several furniture stores in the area. He helped his good friend, Charlie Buggenhagen, with Going Out of Business sales which took him to South Dakota, Colorado, New Mexico and other states. Charlie could also be found in the same places as his good friend, Don Petersen. Charlie and Jeanenne managed Silver Lake County Club House and Charlie’s Tavern. After Charlie retired the first time, he worked with his sister, Joyce, doing church directories. He spent most of his life living in Lake Park with a short stint in Harlan, Iowa and another in Muscatine, Iowa. Charlie married Carol (Frerichs) Fick on November 13, 1993.

Everywhere Charlie went, he took his faith with him. He held several positions in the church including usher, treasurer, elder, secretary and trustee. He also served on the Board of the Senior Manor, now known as Lake Park Apartments, where he was living at the time of his death.

Share Your Memory of
Charles
Upload Your Memory View All Memories
Be the first to upload a memory!
Share A Memory