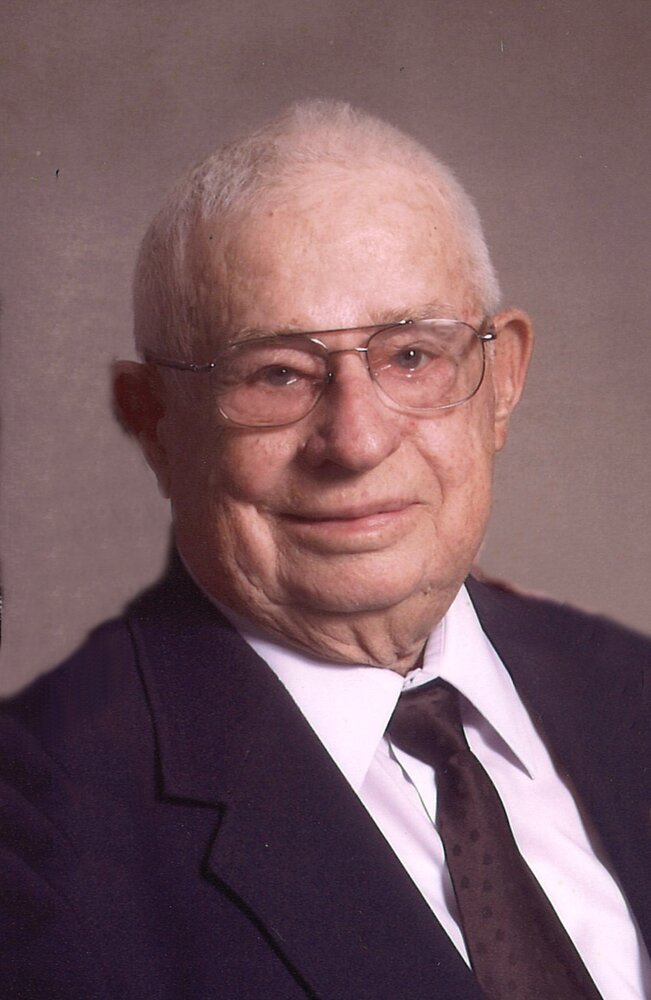 A funeral service for Calvin Dodge, 96, of Terril, will be held Thursday, December 9, 2021 at 1:30pm at United Methodist Church in Terril. Burial will be at Fairview Cemetery. Visitation will be on Wednesday, December 8th from 5:00-7:00pm at Turner Jenness Funeral Home in Milford.

To watch the recording of the service, click the following link: https://youtu.be/XLqbKo1HkWU.

Calvin Clifford Dodge, son of Orville and Zeola (Baker) Dodge was born on January 21, 1925, at Terril, IA., in the house he lived in for 96 years of his life except for the 3 years in the Army Air Corp. He had one (1) sister and one (1) brother in his family. He graduated from Terril Community School in 1942.

In the fall of 1943, Calvin enlisted in the Air Force. He took his basic training in Jefferson Barracks, St. Louis, Missouri. The Air Force soon found Calvin had no depth perception so he could never land an airplane. He was demoted to ground crew and sent to England in March 1944. His job was sheet metals man to patch holes in airplanes. In July of 1944, he was sent to France and Belgium to pick up downed airplanes. When the war ended in 1945, they discharged you by a point system. He was one(1) point short so he had to spend a year in Munich, Germany in the Army of Occupation. He acquired the rank of staff sergeant. He returned home in 1946 and joined his father on the farm.

In 1949, Calvin married Beverly Mohr. To this union was born Dixie, Duane, Connie, and Sandi. It was at this time in their life they engaged in farming on their own.

Calvin was a member of The Terril United Methodist Church, a junior high Sunday School teacher, usher, and board member for many years. He served on the elevator board, as a 4-H leader of the Lloyd Victors 4-H Club for many years and a 4-H alumni award winner in 1989. Calvin sat many nights on the hard bleachers watching the sporting events of his kids and grandchildren. He enjoyed his time playing golf at Woodlyn Hills Golf course where he got a hole in one. One of his favorite games to play was cribbage. At family gatherings, he loved to teach his kids and grandchildren cribbage. He and Beverly spent many winters in McAllen, TX., with many friends and family. He truly loved the friendship of his many neighbors at Terril and at Stonebridge Suites where Calvin moved when Beverly’s health deteriorated.

Calvin passed away at Accura Health Care of Milford on Friday, December 3, 2021, at the age of ninety-six (96).