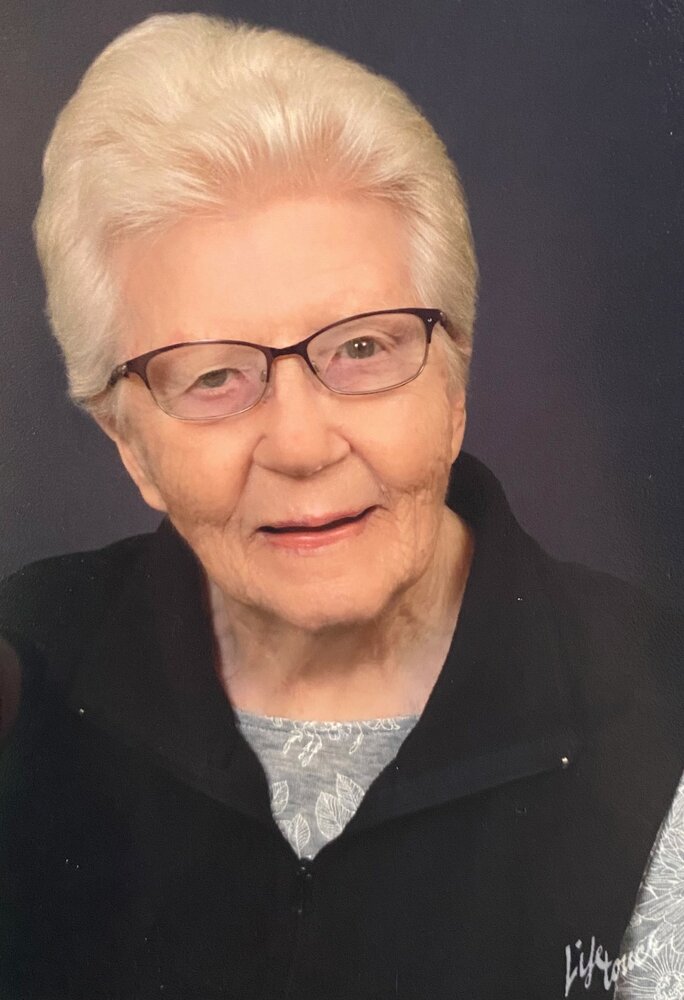 A memorial service for Nancy Lathrop, age 88, of Milford, will be held on Friday, December 17, 2021 at 11:00am at the Calvary United Methodist Church in Arnolds Park. Visitation will take place prior to the service from 10:00-11:00am at the church. A luncheon will be served following the service.  In lieu of flowers, please direct memorials to the American Parkinson’s Disease Association or Calvary United Methodist Church in Arnolds Park.

Nancy Louise (Leigh) Lathrop was born on March 11, 1933 to Gordon Leigh and Rose (Schallan) Leigh in Pocahontas, Iowa.   She grew up in Havelock, Iowa where she was known as ‘Swede’ – apparently her parents both had black hair and born to them was a blonde!  After attending school in Havelock, Nancy attended the nursing program at the Lutheran Hospital School of Nursing in Sioux City, Iowa.  Her nursing career spanned from ER nurse to In-Service Education Director.  She married Robert on August 19, 1956 and they were married for over 65 years.  They raised daughters Karrie and Rhonda.  The family first resided near Havelock.  They moved several times—but lived primarily in Spencer, outside of Dickens, in Springfield, SD, and Brookings, SD, moving to Arnolds Park after retirement in 2000.

Nancy and Bob enjoyed many vacations.  Highlights included travels to Alaska, Jamaica, Nova Scotia, Panama Canal, Tennessee, Yellowstone, the Black Hills, and many others.  Nancy enjoyed crafting--especially ceramics, stained glass, and embroidery.  She was a competitive card player.  She loved basketball and golf, enjoying the fact she could out-shoot the rest of us in those sports.  Whatever she did, she always did very well.

Nancy was a lifetime member of the Legion Auxiliary.  She belonged to the Calvary United Methodist Church in Arnolds Park.

Nancy passed away on December 11, 2021 at the Lakes Regional Hospital in Spirit Lake, IA.  She fought a long, hard battle with Parkinson’s Disease.

She is survived by her husband and daughters Karrie (Steve) Mullenberg, Rhonda (Randy) Koenig, as well as grandchildren Jessica (Corley) Abel, Nichole (Mark) Thompson, and Benjamin Koenig.  Her great-grandchildren are Connor, Ava, Braylee, Finley, Ivan, Carver, and Drew.  She is also survived by her sister Loryl Cole from Boone, Iowa as well two sisters-in-law: Dorothy Runneberg of Laurens and Marilyn Riopelle of Houston, TX.  Many nieces and nephews are also left to cherish her memory.