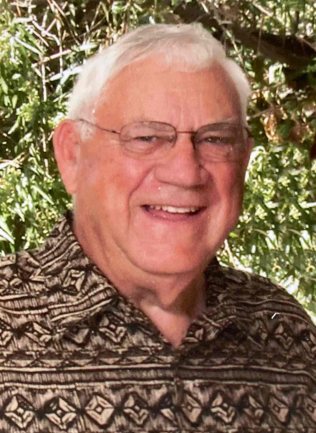 A funeral service for Jacob De Jong, 91, will be held Saturday, July 23 at 11:30 AM at First Presbyterian Church, Spirit Lake, Iowa. Visitation will begin at 10:30 AM at the church with a reception following the service. Burial will be at Worthington Cemetery.

Jacob James De Jong was born on February 25, 1930 to Peter Arian and Elsie Wilhelmina (DeRoo) De Jong. Jake grew up in Newkirk, Iowa and graduated from Newkirk High School in 1948. He graduated from Northwestern College in Orange City, Iowa after two years with an associate degree.  He ran the family farm after his father passed away while his older brother Earl served in the military. Jake was drafted into the US Army and served at Fort Holabird, Maryland and Fifth Army Headquarters in Chicago, Illinois from 1951-1953.

He then returned to working on the family farm from 1954-1955. He finished his bachelor's degree at Iowa State University at Ames, Iowa in 1958 where he majored in Dairy Husbandry and worked in the dairy barn.

Jacob and his fiance, Ruth Elaine De Zeeuw, were commissioned to be missionary educators at Annville Institute in Jackson County, Kentucky by the Reformed Church in America in 1958. The couple was married on August 1, 1958 and immediately moved south.  They lived for six years in Kentucky and welcomed their first two sons into the family.

In 1964, Jake went back to school at Auburn University in Alabama to become a veterinarian. He graduated in 1968. After Jake graduated, the family moved to Perryville, Missouri where Jake began his career. After their third son was born in Missouri, Jake accepted a position in Worthington, Minnesota, moving there in 1969. "Doc" became a partner in t h e Veterinary Medical Center and worked in Minnesota and Iowa until 1994.  His practice focused on cattle, hogs, and horses. His love of horses developed early in his life since his family used teams of horses for farm work during the Depression.

After retiring in 1994, Ruth and Jake moved to their home in the West Okoboji Harbor. Summers were Iowa time and winters quickly became Arizona time. Living in Mesa for 27 years brought warmth, long time friendships, and many family spring break vacations.

Jake and Ruth enjoyed traveling together all over the world. Jake's favorite trip memories included camper and fifth wheel travels with the family, exploring Australia and the Great Barrier Reef, as well as trips to Alaska, Hawaii, China, and all over Europe including meeting relatives for the first time in Holland.

In 2018, Jake was a recipient of the Brushy Creek Area Honor Flight. These Flights recognize American Veterans for their sacrifices and achievements by flying them to Washington, DC to visit their branch of service memorial.

Jake was active as an Elder and Deacon in the Worthington Reformed Church. He also served as a Worthington city council member for nine years. His favorite pastimes included music - especially duets with Ruth, singing in the Valle del Oro choir, golfing, fishing, and hunting with his boys, woodworking, bridge, and card and domino games with his extra special granddaughters.

Jake passed away January 12, 2022 surrounded by family, at the Banner Baywood Hospital, in Mesa, Arizona at ninety one years of age.

Memorials in Jacob's honor may be given to the Wounded Warrior Project, Doctors without Borders, or Smile Train.