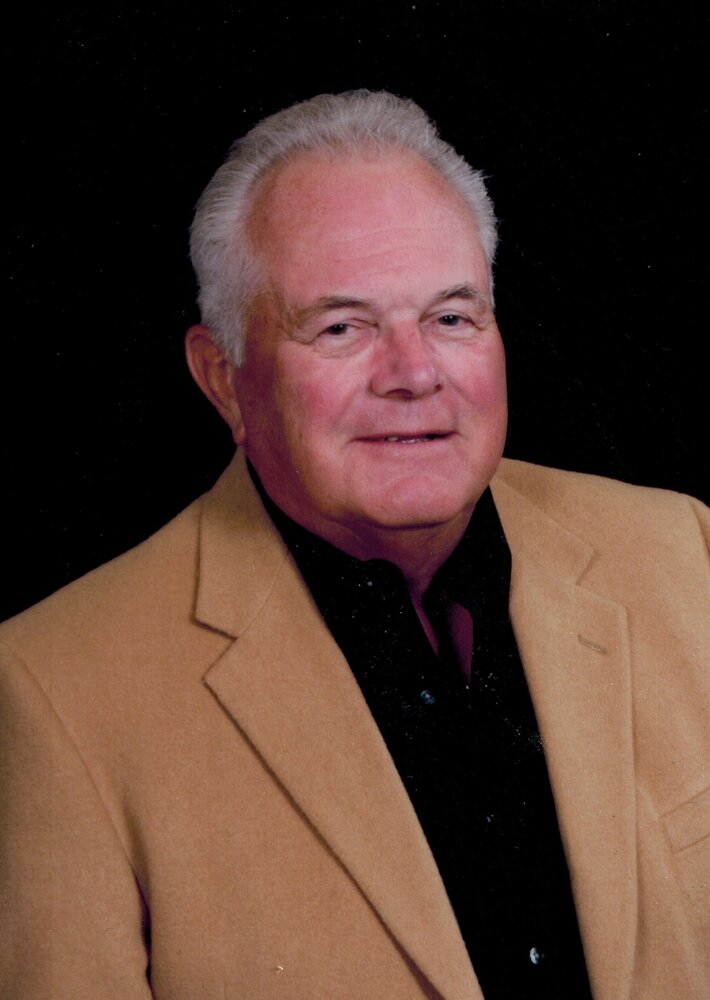 A funeral service for Bob Ahrenstorff, 80, of Lake Park, will be held Monday, February 7, 2022 at 10:30 AM at United Methodist Church in Lake Park. Burial will be at Silver Lake Cemetery. Visitation will be on Sunday, February 6th from 3:00-5:00 PM at the church.

Fredric Robert Ahrenstorff, the son of Alta May (Freeman) and Freddie Ahrenstorff, was born September 30, 1941 in Worthington, Minnesota.  After high school, he completed two years of college at South Dakota State University. During college, Bob served two years in the ROTC, was involved in the Statesmen Men's Choir and showed cattle in the Little I. SDSU is also where he found the love of his life.

On October 15, 1961, Bob married Cheryl Pirlet at the First Lutheran Church in Volga, SD. Bob farmed corn, soybeans and raised cattle on the four generation family farm in Northwest Iowa throughout his life. Bob was a problem solver and would design and build several pieces of equipment on the farm including a grooming chute and a hoof trimming chute which was used for 4-H calves. He was a member of the Dickinson County Cattlemen and assisted with the cattle in 4-H. Hard work was an important part of life on the farm and a characteristic evident still in his children. Animals were always on the farm and he researched often to find the best ways to care for them.

Bob had a great love for music. He played tenor saxophone, guitar, harmonica, and was a singer. He put himself through school as the front man for the band “The Continentals” during college. Later in life, he used his skills and deep voice in a quartet called “The Countrymen”. Bob also enjoyed going to country concerts at the Spencer Fair and made several trips to Branson, MO with Sherry to be entertained by the country artists there. Elvis Presley played a significant role in his taste for music as well, especially the Gospel songs. Bob was a member of the United Methodist Church and was involved in the Homebuilders Church Group.

He enjoyed bow hunting, horseback riding, waterskiing, racing snowmobiles with Sherry and finding the most exclusive walleye spot every year in Canada on Lake of the Woods. He would travel several miles by boat to find the perfect spot as his family took turns as co-pilot reading the map while bouncing over waves and dodging rocks that might damage the boat. The annual fishing trips created wonderful memories for his children and grandchildren to tell for years to come. Adventure was his middle name when it came to learning new things. He learned to fly at age 65 when he sold his Sunburst Fender Stratocaster guitar to a famous rock band and used that money to purchase his Cessna 172. In his later years he read every book available on machining, determined to make parts for the farm should any equipment break down.

Bob had a gift of making new friends wherever he went. His genuine interest in other's lives was evident in his ability to talk to anyone. Even in his late life time at Keelson Harbor, many would say he was a joy to converse with.

Bob passed away January 31, 2022 at Lakes Regional Healthcare in Spirit Lake, Iowa at eighty years of age. He is now with our Lord and his sweetheart who he missed the last two years dearly.

Bob was preceded in death by his wife, Sherry; parents, Freddie and Alta Ahrenstorff.

For this one farmer the worries are over, lie down and rest your head, Your time has been and struggles enough, put the tractor in the shed.

Years were not easy, many downright hard, but your faith in God transcended, Put away your tools and sleep in peace. The fences have all been mended.

You raised a fine family, worked the land well and always followed the Son, Hang up your shovel inside of the barn; your work here on earth is done.

A faith few possess led your journey through life, often a jagged and stony way, The sun is setting, the cattle are all bedded, and here now is the end of your day.

Your love of God’s soil has passed on to your kin; the stories flow like fine wine, Wash off your work boots in the puddle left by blessed rain one final time.

You always believed that the good Lord would provide and He always had somehow, Take off your gloves and put them down, no more sweat and worry for you now.

Your labor is done, your home now is heaven; no more must you wait, Your legacy lives on, your love of the land, and we will close the gate.