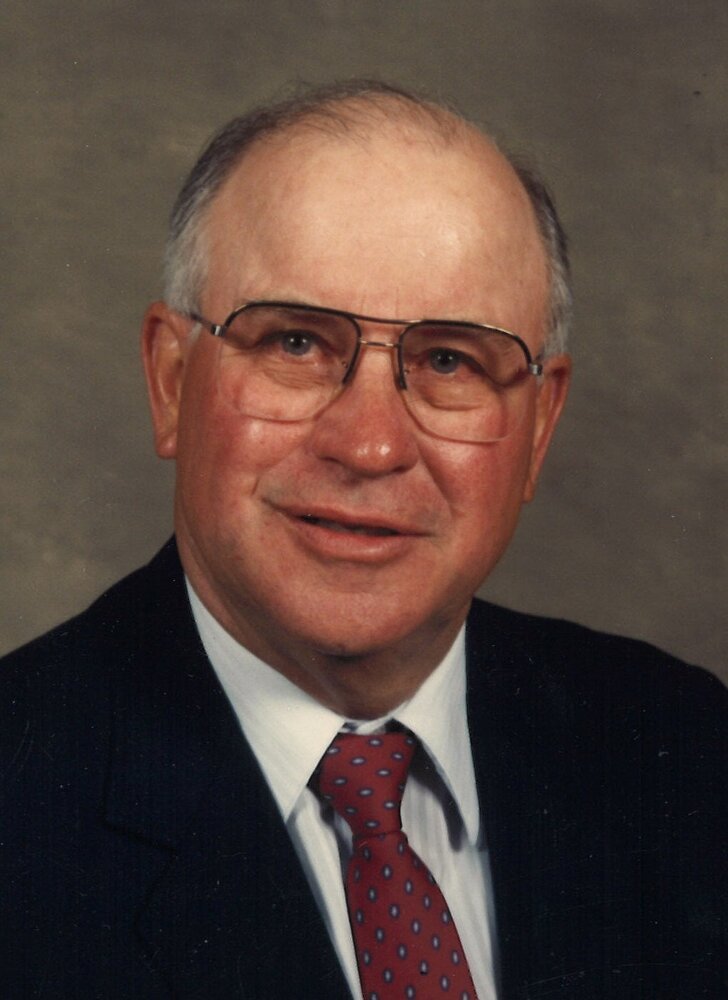 Arlo William Mugge, the son of Elmer and Anna (Menke) Mugge, was born on October 8, 1925 at Calumet, Iowa. He received his education in Calumet, and graduated with the Class of 1943. He enlisted in the U.S. Navy and served his county overseas during WW II.

Ozzie and his father purchased Shade’s Store in Calumet and operated it as Mugge’s Store from 1947 until 1971. This endeavor also included the United States Post Office, and he was appointed Postmaster in 1948, and served in that capacity until his retirement in 1983.

He was united in marriage to June M. Dunn on February 8, 1948 in Remsen, Iowa, and to this union were adopted two children, Ron and Joni. Ozzie and June were very active in the Calumet community for their entire married life. June passed away on August 2, 1985.

Ozzie married Darline Severson on July 26, 1997 in Calumet, Iowa, and in 1999 they moved to Montrose, Colorado to make their home. They also enjoyed their winter residence in Mesa, Arizona for many years. Darline passed away on December 2, 2015.

Ozzie made the decision to return to Iowa to be closer to family and friends, and did so in September of 2016. He was currently making his home in Spencer, and was a member of the Zion United Church of Christ in Calumet.

He was preceded in death by his parents; his two wives, his daughter, Joni Specht in 2015; two brothers, Harold Mugge and Dalton (Verna) Mugge; and one sister, Mae (Lester) Pearson.