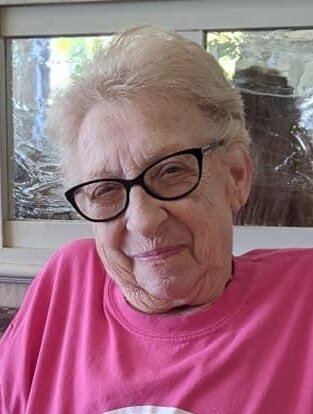 Donna Lou Fritz was born to the late Henry and Ruth Hanson on July 5, 1943 in Lake Park, Iowa. Donna attended Milford Community School District until she graduated in 1962.

Donna was later blessed with three wonderful children who she raised with patience, discipline and humility. Donna wasn't just an amazing mom, she was also an extraordinary employee, co-worker and leader. Donna was employed at Milford Nursing Center as a dietary supervisor, where she touched  many hearts and fed many bellies throughout the twenty plus years she worked there. She later earned retirement, where she spent the majority of her time with family , children and grandchildren.

Donna's favorite thing was to be a mom and especially a grandma. Donna was always smiling and laughing and could light up the darkest of rooms. Donna whole heartedly loved a good game of gin rummy. She was a spit fire if you ever played against her. Donna had quite the green thumb and enjoyed her time outside in the sunshine planting flowers and gardening. One thing she always looked forward to doing was awaiting her son, heath, to bring her freshly caught fish. There are just so many things about Donna that she will forever be remembered for. She will be greatly missed by so many!

She is survived by her children, Chris Swift, Heather Culver and Heath Culver; eighteen grandchildren and eight great-grandchildren.