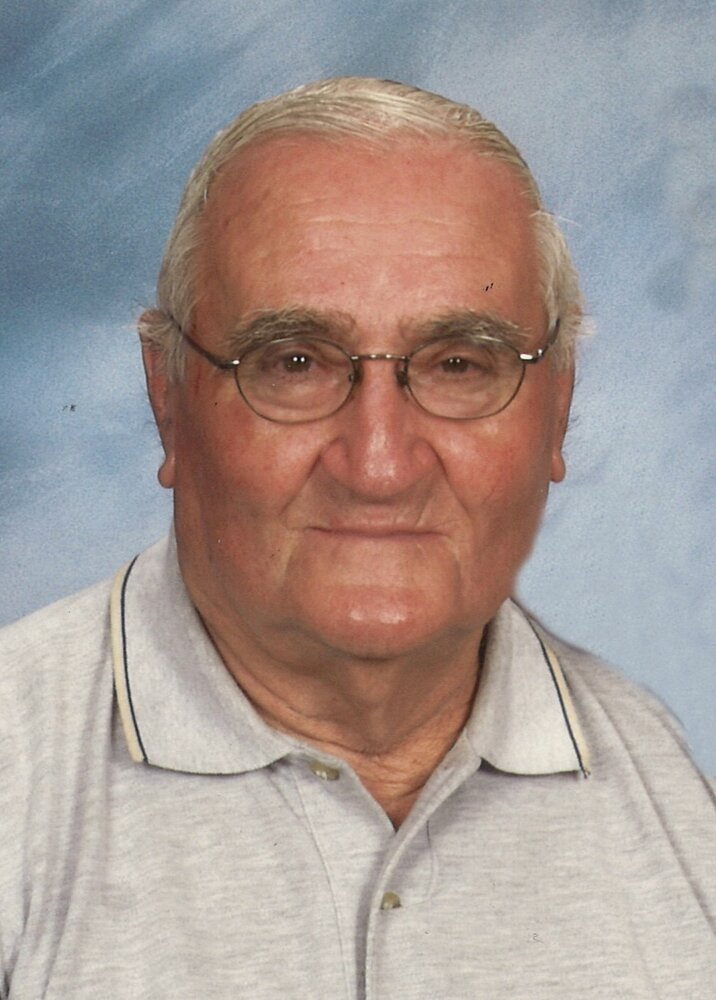 A Mass of Christian Burial for Darial Determan, 98, of Milford, will be held Tuesday, February 15, 2022 at 10:30 AM at St. Joseph Catholic Church in Milford. Burial will be at Calvary Cemetery. Visitation will be on Monday, February 14 after 3:00 PM with the family present from 5:00-7:00 PM at Turner Jenness Funeral Home in Milford.

Darial Henry Determan was born August 29, 1923 to Leo and Clara (Olberding) Determan on a farm near Terril, Iowa. He attended District No. 9 County School for four years and later graduated from Terril High School. In 1945, Darial was enlisted in the United States Navy and served his country during WWII before he was honorably discharged in 1946.

On September 10, 1946, Darial was married to Dorothy (Gruhn) Determan. Darial farmed west of Terril and sold Pioneer Seed Corn for twenty-eight years. Darial continued farming even after their move to Milford, Iowa in 1982. After his retirement in 1992, Darial enjoyed his large yard, gardening, fruit trees and his log home.

He was a member of the Catholic Church, Knights of Columbus and the American Legion where he served as past commander.

Darial passed away February 10, 2022 at Accura Healthcare in Milford, Iowa at ninety-eight years of age.

Darial was preceded in death by his parents and a daughter, Michele Jensen.

Share Your Memory of
Darial
Upload Your Memory View All Memories
Be the first to upload a memory!
Share A Memory