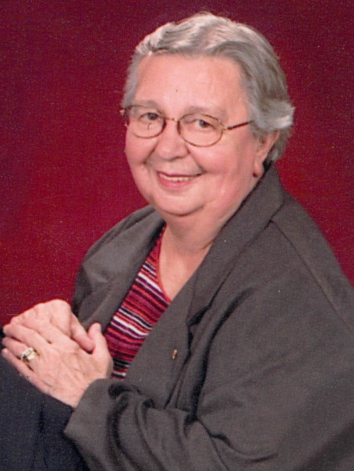 A graveside service for Shirley Funk, 86, of Spirit Lake will be held at 11 am, Friday, March 4, 2022, at Lakeview Cemetery in Spirit Lake. Visitation will be Thursday, March 3, 2022, from 5 - 7 pm at Turner Jenness Funeral Home in Spirit Lake.

Shirley Ann (Prins) Funk, the daughter of Wilbur and Alice (Van Berkum) Prins, was born on March 14, 1935, in Orange City, Iowa. She grew up in rural Orange City and graduated from high school before attending St. Luke’s Nursing College in Sioux City.

Shirley was very active in her community as a past 4-H leader of West Holman Prairie Farmers, past Awana’s table parent, past Sunday school teacher, and was a member of the First Presbyterian Church in Spirit Lake. In her free time, Shirley enjoyed knitting Barbie doll clothes, sewing Skipper clothes, and making bars for after school snacks daily (the boys were always cleaning them up). Shirley also filled her time with helping wash milkers when not nursing at the Osceola Community Hospital and Lakes Regional Healthcare and did wood working with Hap after retiring to give to friends and family. Shirley moved to Hilltop Care Center, now Accura Healthcare, in 2012.

Shirley passed on February 28, 2022, at Accura Healthcare in Spirit Lake.

Shirley was preceded in death by her husband, Lammert “Hap”; parents, Wilbur and Alice; and great-granddaughter Christina Reding.