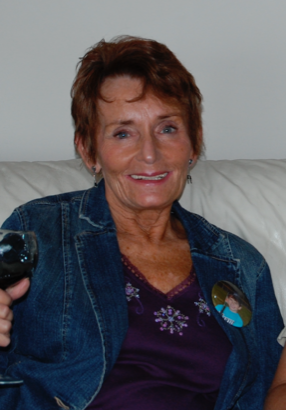 Merrily Elaine Rygh passed away Monday February 28, 2022. Merrily was born April 24, 1942 in Sioux Falls South Dakota. Merrily met the love of her life, Roger Rygh, while in college. Merrily graduated from Sioux Valley School of Nursing in 1964. Merrily was awarded South Dakota Student Nurse of the year upon graduation. With the birth of her third son in 1968 she retired from Nursing to focus on her three boys and shortly after, followed with two more sons. She was very busy raising five rambunctious boys.

When not attending to her five boys, Merrily found time doing one of favorite things, collecting antiques with her friends. She also enjoyed having coffee with her many close friends and talking about her five boys and their adventures and accomplishments. She was so proud of her family. Her boys were truly her pride and joy in her life.

In 1987, Merrily and Roger moved to Milford Iowa with their two remaining boys living at home. That year the family fell on hard financial times. During this time, Merrily was able to again rise to the challenge of providing for her family by going back to work after almost 20 years. This required Merrily to retake her NCLEX examine again in order to practice as a Registered Nurse. We have always admired my mom for doing that for her family. I can remember helping Merrily study for ACLS (advanced cardiac life support). Merrily and I did CPR so many times on Annie, the mannequin, that I thought for sure Annie was going to come to life.

Merrily was an amazing Registered Nurse. Merrily worked all areas through out the community hospital from Emergency Room to Labor and Delivery . Many of her colleagues told me that Merrily showed empathy, compassion, and dignity to all of her patients as if they were her family. Those traits were passed on to her five boys.

In 2011, Merrily moved to Anchorage Alaska after her husband and our father passed away. She was once again with her five boys. She was able to enjoy time with their families and her amazing eight grandchildren. She will be deeply missed.

Merrily is preceded in death by her parents, sister Kathy, husband Roger, and son Andrew Rygh.