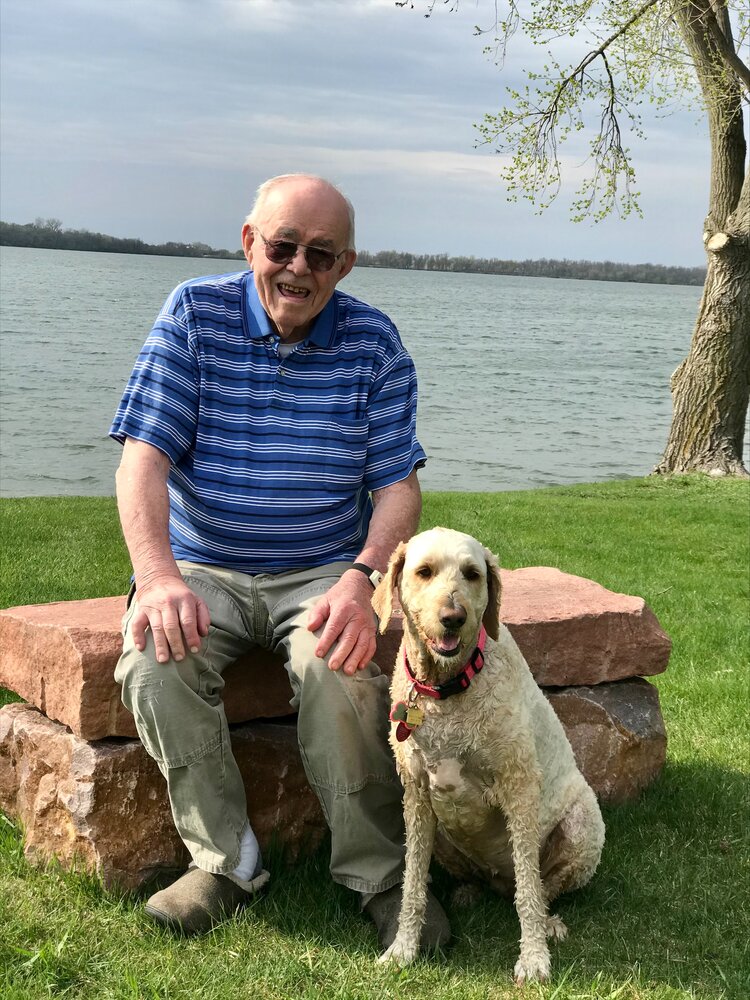 A funeral service for Bernie Cohrs will be held at 11 am, Saturday, April 16, 2022, at Immanual Lutheran Church in Spirit Lake. Visitation will begin at 9 am until service time at the church. Interment will be at Lakeview Cemetery in Spirit Lake.

In lieu of flowers, a memorial fund has been established to benefit Bernie's favorite charities.

Bernard “Bernie” Harry Cohrs passed away on April 12, 2022. Bernie was born May 30, 1931, to Harry and Theodora (Myers) Cohrs in Magnolia, Iowa, then moved to Spirit Lake in 1942 with his parents. Bernie graduated from Spirit Lake High School in 1949.

On September 7, 1952 Bernie married high school sweetheart Ardith LaLone, at Immanuel Lutheran Church in Spirit Lake. They spent the first year of their married life in Fontainebleau, France where Bernie was stationed in the service. Upon returning to Spirit Lake, he continued to farm and also received his insurance and real estate license.

In 1975, Bernie started a small gravel operation that expanded into Cohrs Construction. Bernie had many business accomplishments, but was especially proud of his development of Silver Shores in Lake Park.

After retirement, Bernie enjoyed spending mornings with his breakfast buddies and his afternoons were spent driving the countryside with his loving Goldendoodle, Maggie. Bernie felt blessed to have so many special friends in his life.

Bernie is survived by his son, Gary Cohrs, and wife Cathy of Spirit Lake; one grandson, Jay Olding of Mesa, Arizona; one granddaughter, Courtney Cohrs of Spirit Lake and extended family. He was preceded in death by his parents, Harry and Theodora Cohrs; wife, Ardith Cohrs; daughter, Kathleen Cohrs; son, Jay Bernard Cohrs in 1964; and an infant brother, Richard Cohrs in 1940.

Share Your Memory of
Bernie
Upload Your Memory View All Memories
Be the first to upload a memory!
Share A Memory