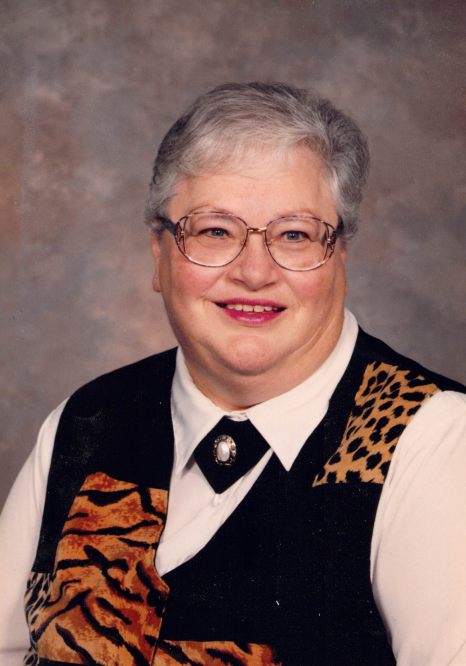 A memorial visitation for Patricia Achenbach, age 79, of Spirit Lake, will held from 1:30-3:30 PM on Wednesday, April 20, 2022 at Turner Jenness Funeral Home in Spirit Lake.

Patricia Lea Achenbach was born to Owen & Leona Hurt on January 2, 1943, in Spencer, Iowa. She and her family lived in several communities as she grew up including Dickens, Iowa, and Grundy Center, Iowa, where she graduated from high school in 1961.

Patricia married LaVerne Richard Achenbach on May 20, 1961, in Grundy Center, Iowa, until January of 1964. She lived in Grundy Center, Spirit Lake, Arnolds Park, and Milford throughout her adult life. Patricia worked in the Dickinson County Recorders office for a number of years before moving to the ASCS Office in Dickinson County where she was employed for 30 years. She served as the ASC Program Administrator and as an EOE trainer during those years. She retired from federal service in 1998. She served as the Iowa State President of the Business & Professional Women’s group in 1976, and participated in the Spirit Lake Bicentennial parade that year.

Patricia loved making all kinds of crafts, crocheting, reading, and watching vintage movies. She loved her musicals and introduced them to her grandchildren, along with long gone comedians, including Red Skelton and Victor Borge. She loved playing games such as scrabble, cards, and bingo, with her friends at the Sunrise Limited Apartments in Spirit Lake where she lived since 2014.

Pat had a heart of gold and cared for everyone she met. She always had a smile on her face and a kind word for others. She was a positive presence in a world where negativity many times ruled the day.

Patricia was preceded in death by her parents and one sister, Janet Jess.