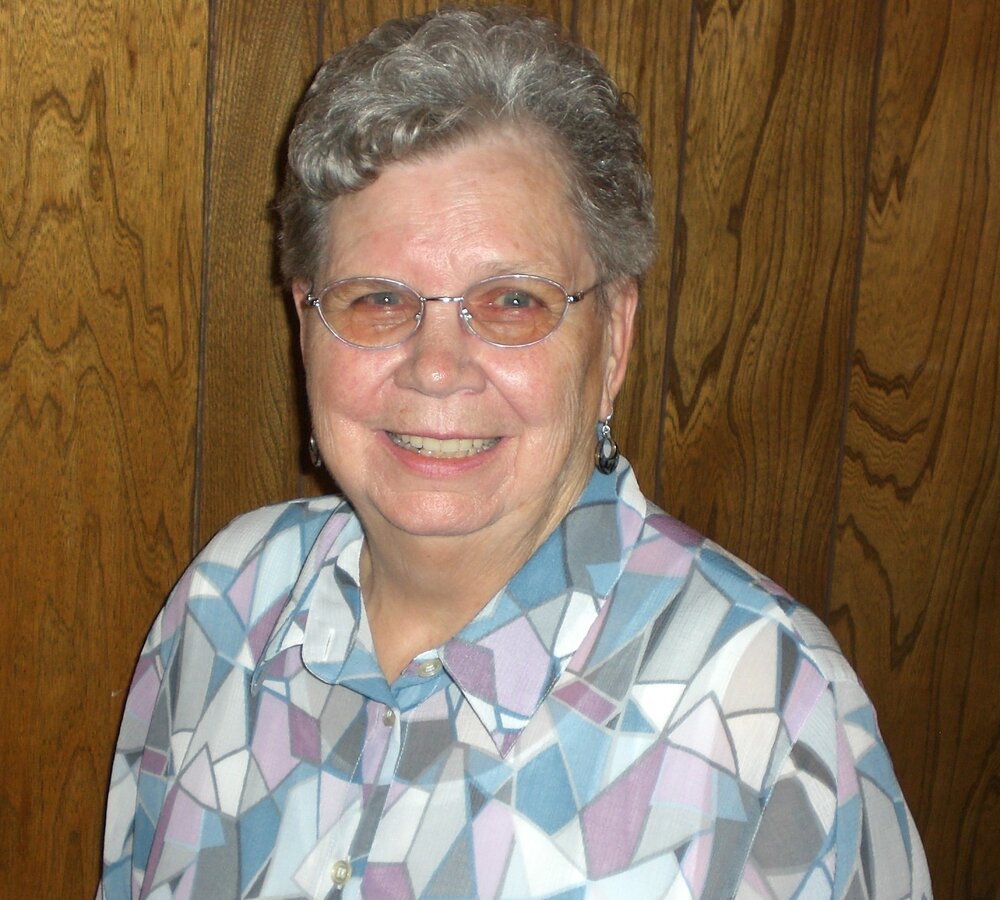 Pauline went to be with her Lord and Savior on April 17, 2022, surrounded by her family. She was born to August C. and Edna M. (Winter) Bendixen on April 11, 1934, in Terril, Iowa. She spent her childhood years in Terril, where she attended Terril Consolidated School until her graduation in 1951. On August 8, 1954, Pauline married Frank Hodge and had five children. They made their home in Milford, Iowa.

Pauline worked various jobs during her life, starting at Ben Franklin store in Jackson, Minnesota.  She then worked at the First National Bank in Spirit Lake, Iowa where she made life-long friends and great card playing partners! Pauline’s love of baking led her to apply for a job at Milford Community school where she worked in the food service department for 21 years, 13 of those as Food Service Director. During that same time, she spent 11 summers working as a cook at Lakeside Laboratory.  Pauline served many years on the Iowa School Food Service Board. She retired from Milford Community School in 1997 but never lost her zest to cook, bake, and buy in bulk!

Pauline was confirmed in, and a member of Terril Methodist Church and later became a long-time member of Union Memorial church, now known as Faith Community Church in Milford. She was very devoted to her faith, and when she moved to Texas, she continued to watch the services online and remain in contact with Pastor Jennifer and her church family.

Pauline loved her family deeply and enjoyed participating in all of her children's activities.  With passions for family, baking, camping, walking, playing games, and time with friends, she lived her life in abundance. She was known around town for her smile, compassion, and love of baking.