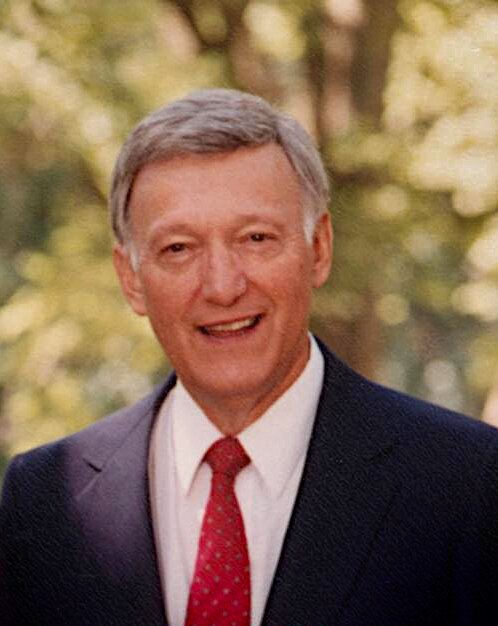 A funeral service for Paul Netsch, 85, of Spirit Lake, will be held Friday, April 29, 2022 at 2:00 PM at Immanuel Lutheran Church in Spirit Lake. Burial will be at Lakeview Gardens Cemetery. Visitation will begin at 1:00 PM on Friday at the church.

Paul Eugene Netsch passed away at his home in Spirit Lake, Iowa, on the afternoon of April 22, 2022, surrounded by loving family.  He was 85 years old.  He was preceded in death by his parents, Ernest and Hilda Netsch, sister Lois, brothers Miles and Clifford, father-in-law Ernest Robinson and mother-in-law Avah Robinson.  Funeral services will be held at Immanuel Lutheran Church, Spirit Lake, Iowa, with visitation at 1:00 and funeral at 2:00 PM on Friday, April 29, 2022.  Arrangements are by Turner Jenness Funeral Home of Spirit Lake.  Interment at Lakeview Gardens Cemetery.

Paul was born to Ernest and Hilda Netsch on August 17, 1936, at their farm home in the Loess Hills, Harrison County, Iowa, near Magnolia, the youngest of four children.  When Paul was three, the family moved to a farm near Superior.  In 1948 they left the farm and moved to Spirit Lake settling there for good while Ernest worked as a carpenter.

Paul played football and basketball in Spirit Lake High School and graduated in 1954.  In 1958, he graduated from the University of Iowa, Iowa City, with a Bachelor’s Degree in Business Administration.  He fulfilled his military obligation in the National Guard.  He sold for a meat distributor in the St. Louis area calling on local shops and restaurants.  About 1960, upon hearing of a job at Berkley & Company he returned to Spirit Lake and was hired to kick-start their Rope Division.  He traveled North America from New York to Toronto to Mexico City to the shrimp boats down south.  You may have used a Berkley rope tow at a ski hill.

While at Berkley, Paul met his wife-to-be, Diane Robinson, a fellow employee.  They were married at the Union Memorial Church in Milford on June 29, 1963, and settled into their home in Spirit Lake where they started their family of three children, Steven, Lisa and Mark.  In 1969, they built a new house in Spirit Lake which remains the family home to this day. They were married just two months short of 59 years.

In his younger adult days Paul was an avid golfer and played on Spirit Lake’s softball team with interruptions for summer camp with the National Guard.  He and Diane traveled with their kids in a motor home and enjoyed many parties with family and friends at their cabin on Gar Lake.  They relished many annual fishing trips to Canada with a group of close friends.  Paul was a lifelong fan of the Iowa Hawkeyes and rarely missed watching a game with good friends.  GO HAWKS!

Paul was an astute, dynamic businessman, a strong Christian, a family man and leader in his community.  He was a straight arrow and straight shooter.  With his partner, Ray Chesnut, he formed a major Midwestern agency of Manufacturers’ Representatives, Ray Chesnut & Associates.  Their group covered eight Midwestern states establishing channels of distribution for many sporting goods manufacturers including Berkley and Company, Igloo Coolers, Stearns Flotation, WeatherShield Gun Cases, CCI Ammunition, Weaver Scopes, Saf-T-Bak Clothing and many other well known brands of outdoor gear.

In the Spirit Lake community Paul was active in the Immanuel Lutheran Church, serving twice as its President and teaching adult Sunday School classes.  He loved the Iowa Great Lakes area.  Wanting to give back, he served on the original board for the Dickinson County Trails System securing donations and funding for the system.  He managed the Three Lakes Improvement Association and was on the original board of the Homestead retirement home in Spirit Lake.  When he retired from the sporting goods industry he worked as a consultant to region businesses.  In those years, he developed many warm relationships with young entrepreneurs offering guidance and encouragement in addition to his service to well established companies.