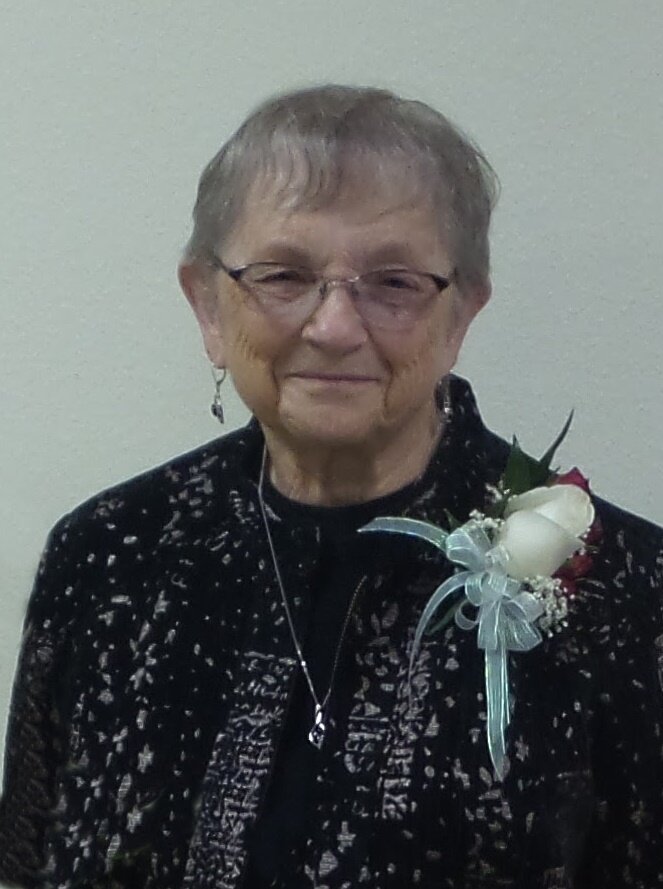 A memorial service for Diana Jacobsen, 85, of Lake Park will be held Sunday, May 22, 2022 at 3:30 PM at First Presbyterian Church in Lake Park. Burial will be at Silver Lake Cemetery. Visitation will begin at 1:00 PM on Sunday at the church.

Diana Jean Jacobsen, the daughter of John and Ruby (Stolley) Hansen, was born on February 5, 1937, along with her twin brother Donny, in Spencer, Iowa. Growing up, Diana was very active in school and 4H. She attended school in Spencer and Spirit Lake, Iowa where she graduated.

On September 4, 1955, Diana was united in marriage to Gene Jacobsen in Lake Park. Throughout her life, Diana lived in Spencer, Spirit Lake, Texas, Sioux Valley, and Lake Park.

In her free time, Diana enjoyed gardening, flowers, listening to music, camping, and bowling. She loved going to garage sales and thrift store shopping. She kept busy assisting in numerous church activities and spending time with her grandchildren. She also loved her dog, Princess.

Diana was preceded in death by her parents, John and Ruby Hansen; her brothers and sister; and her husband, Gene Jacobsen.

Share Your Memory of
Diana
Upload Your Memory View All Memories
Be the first to upload a memory!
Share A Memory