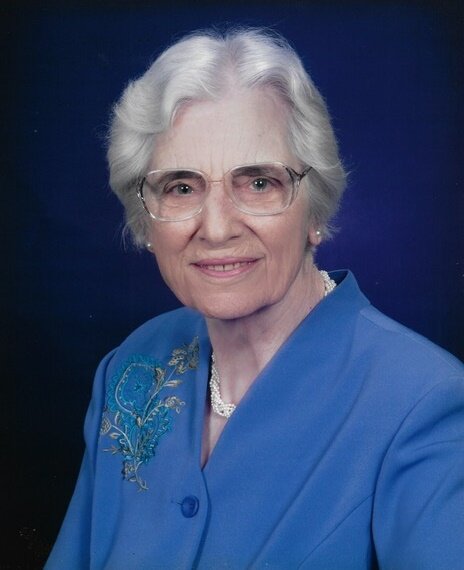 A graveside service for Margaret Bahl will be held Thursday, May 19, 11:00 AM at Silver Lake Cemetery in Lake Park. A lunch will follow at Lake Park United Methodist Church.

Margaret was born to Harry and Jennie Koons of Peterson, IA on March 15, 1916.  She married Harold Bahl in 1940 and they raised three children on a farm northeast of Lake Park.  Upon their retirement they moved to Lake Park.  Her husband died in 1995 and when she turned 90, she moved to live with her daughter and son-in-law in Lincolnshire, IL.

Margaret was a gifted teacher, voracious reader and loved to travel.  She was an avid gardener, and was known for her beautiful flower gardens.  In her later years she had a recumbent tricycle which she rode occasionally, even in a parade in Lincolnshire.

She was an active member of Lake Park United Methodist Church, where she taught Sunday School and provided flowers for the alter.

Margaret is preceded in death by her husband, Harold and by her four sisters.

A woman of faith, she died peacefully, knowing that she would “dwell in the House of the Lord forever,” safe in the arms of God.

Share Your Memory of
Margaret
Upload Your Memory View All Memories
Be the first to upload a memory!
Share A Memory