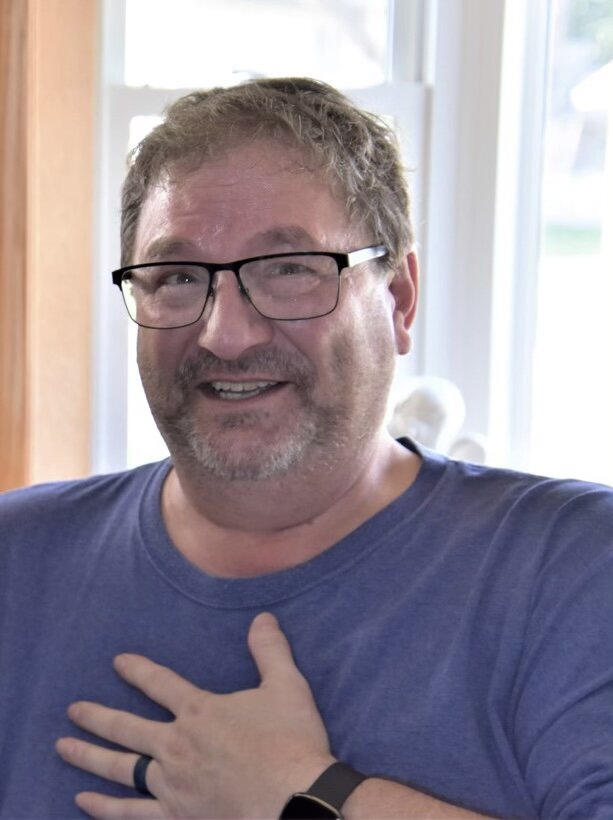 Larry Dean Achenbach was born to LaVerne and Pat Achenbach on March 29, 1963, in Grundy Center, Iowa. He grew up in Spirit Lake and attended school there where he graduated from Spirit Lake High School in 1981.

Larry attended Jackson Vo-Tech in Jackson, Minnesota, and graduated with a degree in appliance repair. Larry married Kelli Fuller in Spirit Lake, Iowa, on June 25, 1983. They made their home in Spirit Lake where Larry worked for Carver’s as an appliance technician. They moved to Austin, Minnesota, in 1984. Larry worked in a few appliance stores in Austin and Rochester as an appliance technician. In 1986 Larry and Kelli moved to Fort Collins, Colorado, where they started their family with their first child, Rebekah, born on June 22, 1987. The family moved back to Spirit Lake to be closer to family and on January 7, 1989, their son Michael was born. Following a few years in Spirit Lake, they ended up in Sioux Falls, South Dakota, in 1991 where Larry started working for Fred the Fixer as a locksmith. They made their home in Sioux Falls for 10 years when they moved back to their hometown of Spirit Lake and Larry initially worked with his father-in-law in the glass and locksmith business (Galaxy Glass & Locksmith), and then took over the business and bought into the Glass Dr franchise. Following a number of years of running his own business, he decided to jump back into the workforce and worked for several local businesses, most recently as a maintenance director at Wel-Life Assisted Living in Spirit Lake.

Larry spent time at home and enjoyed watching movies, Nascar, and the SciFi Channel. Larry enjoyed introducing his children to his love of Star Trek, the Marvel Universe, and all things science fiction. Larry would often have “Dad” joke sparring contests with his daughter as well as relished in sharing a pun or two with friends and family.

Larry is survived by his wife and children, as well as one brother, Alan Achenbach, a nephew, Caleb Achenbach, and a niece, Rachel Achenbach, all of Denver, Colorado. Larry was preceded in death by his parents.

Get Directions
Tuesday
10
May