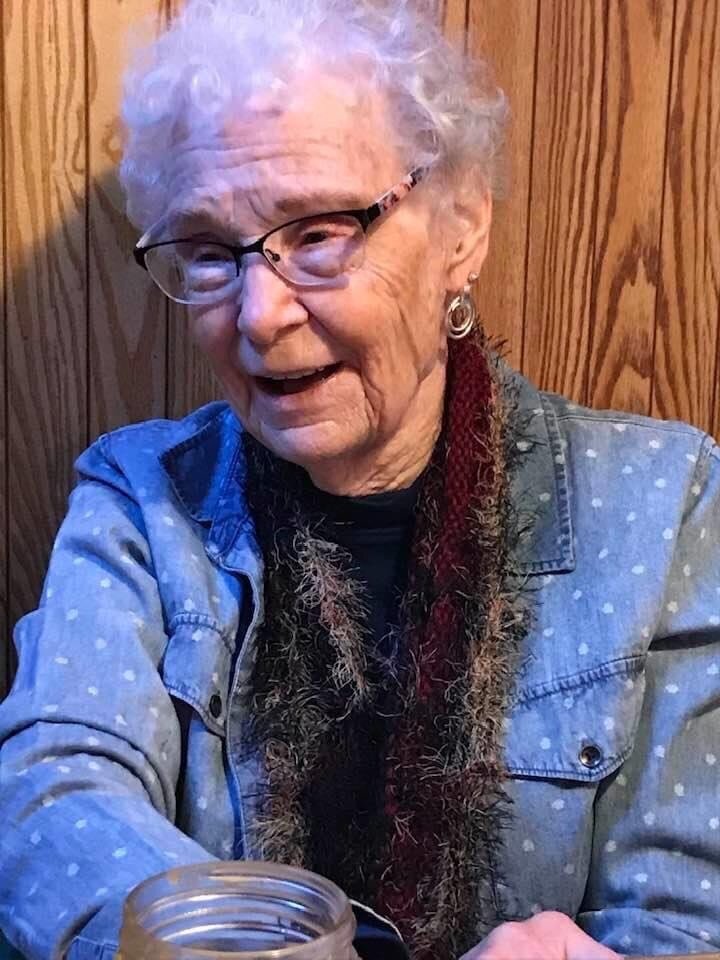 She began her education in Wayne, NE.  In 1944 the family moved to Sioux City, IA.  Patsy then attended Leeds School, graduating from Leeds High School in 1952.

In 1953 she was united in marriage to Wm. “Pete” Ralph.  To this union two children were born.  In February 1956 Pete was killed in a car accident.  In April 1958 she married Ronald Kemner, together they had a daughter.  Patsy was a stay at home mom while the children were young.  She then entered the work force, working for the Sioux City school system in their main kitchen and later at the court house in Woodbury County.  In 1974 the family moved to Spirit Lake, IA.  She then worked for the Dickinson County Treasurer until her retirement in 1996.

Patsy enjoyed going to coffee with the “girls” and shopping.  She especially enjoyed her grandchildren and great-grandchildren.  She was an avid Hawkeye fan and was a season ticket holder for several years before her health forced her to give them up.  Patsy was a 30+ year Non-Hodgkin’s Lymphoma cancer survivor.

Patsy was a member of the Immanuel Lutheran Church in Spirit Lake, IA.

She has been preceded in death by her husbands, Pete and Ron; her parents; sisters, Betty (Tom) MacKlem and Judy (Tom) Howard; brother, William.

Memorials can be given to Keelson Harbour Memory Care Unit, Lakes Regional Hospice in Spirit Lake or Dickinson County Relay for Life.

Share Your Memory of
Patsy
Upload Your Memory View All Memories
Be the first to upload a memory!
Share A Memory