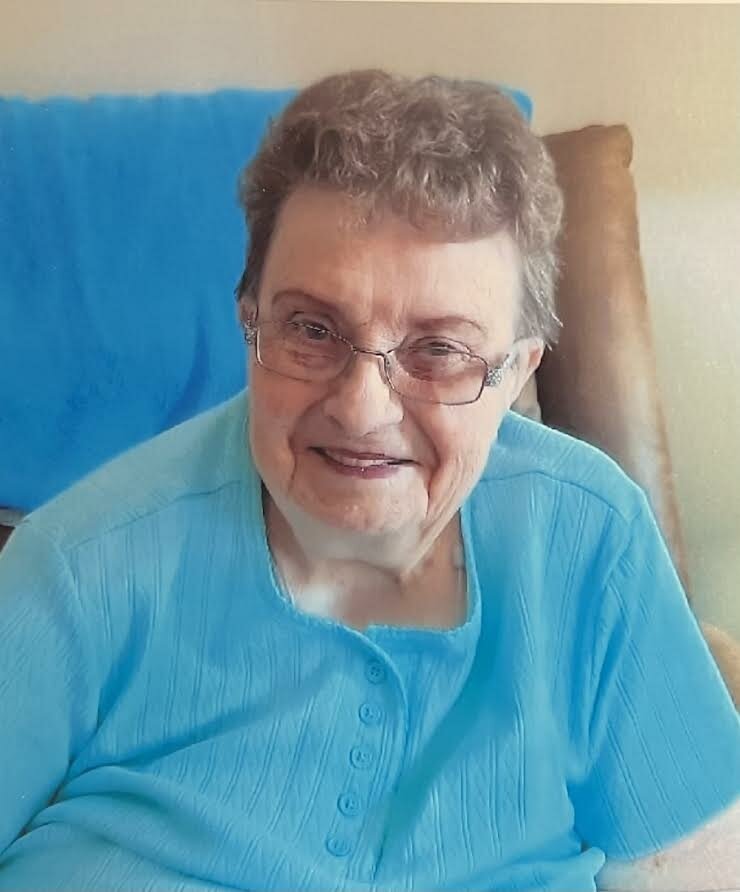 A Celebration of Life service for Deloris E. Newbrough, age 90 of Spirit Lake and formerly of Lake Park, will be held 2 pm, Tuesday, June 28, 2022, at First Presbyterian Church in Lake Park.  Interment will be at Silver Lake Cemetery in Lake Park.  Visitation will be one hour prior to service time at the church

Deloris E. Newbrough, the daughter of Willie and Ella (Anders) Bergendahl, was born on October 12, 1931 in Sioux Valley, Minnesota. Growing up, Deloris attended and graduated high school from Sioux Valley. After high school, Deloris studied at Mankato Commercial College for one year.

On November 11, 1960, Deloris was united in marriage to Daryl Newbrough in Sioux Falls, South Dakota. Throughout her life, Deloris worked for numerous area businesses as a bookkeeper, secretary, or typist.

She has lived in Lake Park since 1960 and was very active in the Lake Park Presbyterian Church and her community. She served as Deacon, Elder, P.W. president, P.W. secretary, and on various committees including the Presbyterian Women. She was also a member of the Federated Women’s Club and started a tele-care program in Lake Park.

In her free time, Deloris enjoyed reading, crocheting, visiting with friends/neighbors, and writing short stories of memories from her childhood.

Those left to cherish her memory include her children, Bruce (Inez) Hasara and Tim (Becky) Newbrough; grandchildren; extended family and friends.

Share Your Memory of
Deloris
Upload Your Memory View All Memories
Be the first to upload a memory!
Share A Memory