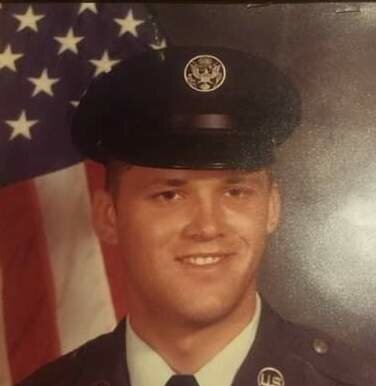 Scott Lee Sidles was born on March 12, 1962, in Spirit Lake, Iowa. He attended Spirit Lake High School where he excelled in sports and having fun. While the teachers loved Scott, they were always ready for his pranks. If there was a gold medal for prankster achievements, Scott would have won it every year of his life.

Baseball was Scott’s thing. He was an incredible pitcher and first baseman. As a sophomore, Scott was selected for the All-Conference Second Team and for the entire season, placed near the top of the Lakes Conference with a .442 batting average. He continued to earn honors including All-Conference First Team. Scott chose to continue baseball with the United States Air Force where he served his country honorably for four years as an airplane technician. He also played on many adult baseball league teams.

Scott’s exceptional athletic skill didn’t stop at the baseball field. He was a starter in football as linebacker and running back. Watching Scott run was a treat; his speed and agility served him well. Scott also went to State in track for both the 440 and 880 relays.

Scott could do anything he set his mind too, and he did it with perfection. He was a talented mechanic and welder. Scott could take a lawn mower or chainsaw that hadn’t run in 20 years and make it run like it was new. Remember when antennas were installed in cars for cell phones? Scott was in Kansas City area at the time and successfully started his own installation business. He was in high demand and was at ease when drilling holes in luxury cars. Scott took his talent, time, and tools, and helped people for nothing, never expecting anything in return while laughing and joking the entire time he did it. He enjoyed spending his time and money on others.

Scott loved his kids more than anything. He made sure they knew how to do things that would help them in life including how to fix things, how to be responsible and frugal, how to fish and fly kites, and of course, how to be on the receiving end of pranks. Scott was extremely proud of his son, Austin’s work ethic as a FedEx driver and how Austin is willing to work whenever needed, even if it is seven days a week. Scott loved spending time with his grandson, Kayden, and was proud of his daughter, Savannah, for being such a great mother.

On February 29, 2016, Scott was united in marriage to Angela Jackson. Scott cherished his time with Angela and made sure she knew he loved her. They shared two dogs together, Skunk and Chewy.

Smart. Talented. Incredible athlete. Always helpful with a huge heart. Scott could do anything he wanted.

We will never know what it was like for Scott with his struggles with alcohol. What we do know is that Scott is now safe with God who has welcomed him home. Scott was sent to Earth with a purpose. During his battles, he fought with all his might and brought joy and laughter to all. As long as everyone was laughing, Scott was happy. Scott was loved and will always be remembered.

His Lord said to him, “Well done, good and faithful servant; you have been faithful over a few things, I will make you ruler over many things. Enter into the joy of your Lord.”

He was preceded in death by his father, Kenneth Sidles.

Blessed be the memory of Scott Lee Sidles.

Share Your Memory of
Scott
Upload Your Memory View All Memories
Be the first to upload a memory!
Share A Memory